Kevin Hart: I'm not hosting the Oscars this year 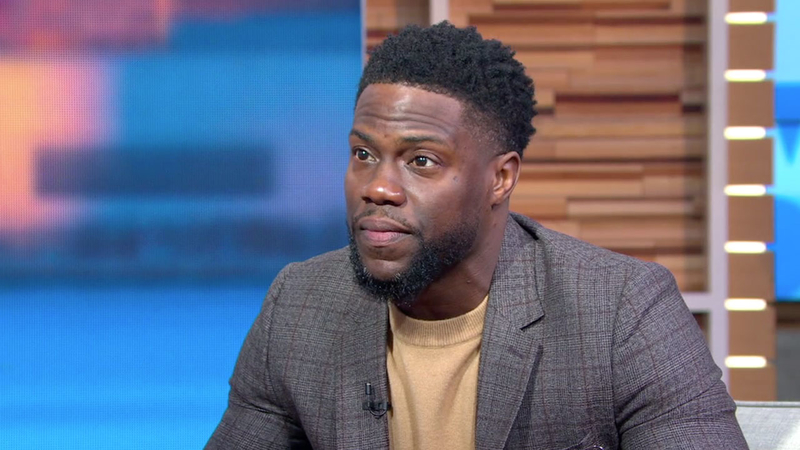 Kevin Hart: I'm not hosting the Oscars this year

Kevin Hart is setting the record straight. He's not hosting the Oscars, and he is not going to address the controversy over his homophobic tweets anymore.

"I'm over the moment. I'm about today," he said in an interview with Good Morning America's Michael Strahan on Wednesday. "I want everybody to know: I'm done with it."

Hart said he's done talking about the offensive language he has used about the LGBT community in past tweets and comments. He said he's apologized, that he will not use the language in the future and that he has addressed it multiple times.

"That was done within the hopes that people can hear and understand how heartfelt and authentic it was," he said. "If you didn't, then I don't know what to tell you or do."

Kevin Hart appeared on ''GMA'' on Wednesday saying definitely that he will not be hosting the Oscars in 2019. (Part 2/2)

His years-old tweets resurfaced late last year after it was announced that Hart would be this year's Oscars host. Hart stepped down from the gig amid the backlash. He posted a video to Instagram saying he was quitting because he didn't want to apologize again.

Last week, Hart appeared on The Ellen Show, and Ellen DeGeneres urged him to return and host. That interview was met with backlash from LGBT activists, who said the conversation should have gone deeper. Hart told Strahan, though, that he's said all there is say about it.

"It shows me there is no end to it," Hart said of the reaction to the Ellen interview. "If you keep feeding this energy, it's going to grow."

Then on Monday, Hart apologized again on his radio show. He also explained his past remarks, saying that at the time "we thought it was OK to talk like that" but that "this is wrong now."

On Wednesday, Hart admitted he was dodging Strahan's questions by repeating his stance that he is done talking about it.

"That's not from an angry place," he explained of his responses. "It's just from a place of, 'It's never going to really end.'"

Hart said he's also done answering questions about how he's evolved, and he's tired of trying to prove his character.

"No matter what you do, it may still not be received," he said. "And you'll find yourself in a position where you go, 'Well, What else do you want? You want blood?'"

Hart also said definitively that he's not hosting the Oscars this year. He said he is not angry with the Academy, but he just doesn't have time to prepare for the show, which is on Feb. 24 on ABC.

SEE ALSO: When are the Oscar nominations getting announced? Everything you need to know