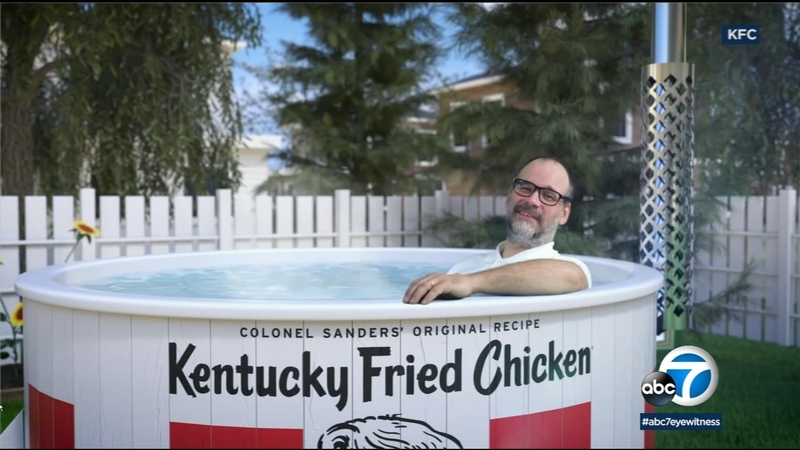 Usually when you go to KFC, you see and smell chicken frying in hot oil. But now the company is looking to help humans baste in hot water at not-quite-so-scalding temperatures.

The restaurant chain has launched a humorous campaign for branded Jacuzzis on the crowdfunding website Indigogo.

The effort has only raised a few hundred dollars of its $46,000 goal.

But the company says if the funds are raised, it will in fact move forward with developing the product.

That's the case with several wacky inventions KFC is pitching as part of its new KFC Innovations Lab venture.

Besides the hot tub, there's a smart cane TV remote control and there's the "Little Colonel Locator" - basically a tracking device inside a colonel-style necktie.

And yes, there's even a pitch for a "Colonel on Ice" ice-skating show telling the story of company founder Harland Sanders with the help of professional ice skaters. Funding that one might be a little more challenging, though, with a fundraising goal of $2.2 million and only about a hundred bucks raised so far.

While the tone of the campaign may seem tongue-in-cheek, the company says if it raises the funds it will work to build the products.