A woman was arrested in connection to the brutal killing of a kitten in South Gate, police said.
KABC 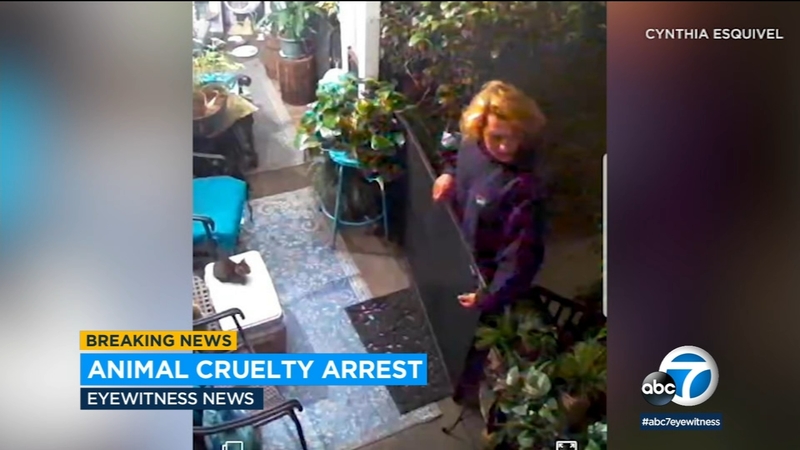 SOUTH GATE, Calif. (KABC) -- A woman was arrested in connection to the brutal killing of a kitten in South Gate, police said Tuesday.

The initial incident, captured on a family's surveillance camera, shows a woman with orange hair picking up a kitten and spraying it with bug spray that was nearby.

Neighbors say she sprayed the kitten, leaving it drenched. The kitten was later found dead, with its jaw broken.

The arrest came Tuesday after South Gate police say officers remembered coming into contact with the woman matching the suspect's description in the area of Firestone Boulevard and Garfield Avenue. Officers say they returned to the area and located her in possession of another kitten at a Denny's restaurant parking lot.

South Gate police are asking for the public's help in identifying a suspect captured on surveillance video brutally killing a kitten.

The suspect was arrested, booked and taken to a mental health facility for evaluation, police said.

Police did not identify her.

The kitten she had appeared to be unharmed and was taken to an animal shelter to be checked out.

Images were shared in hopes of finding the suspect.