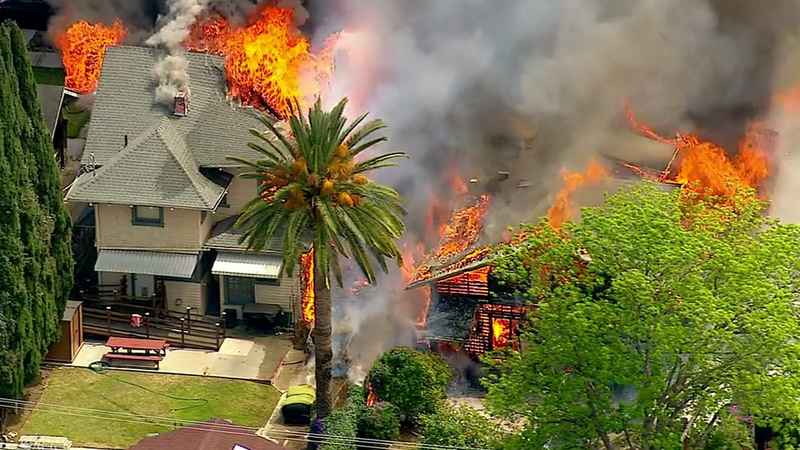 The blaze erupted at a two-story, craftsman-style home in the 100 block of S. Ardmore Avenue around 11:45 a.m. and quickly spread to a nearby residence.

A roof on one of the structures collapsed, forcing firefighters to go into defensive mode.

It took 98 firefighters around 45 minutes to knock the fire down. Authorities were investigating a report that an explosion was heard at the fire scene.

A father and son scrambled out of one of the homes before the fire destroyed it.

"The house next door exploded. Like a big explosion - it blew out all my windows in my office. It was pretty scary, but I didn't expect it to burn down immediately like it did," John Volz said.

His son Sam Volz said his father ran out to see what happened and then ran back inside the house yelling that the home was on fire.

No injuries were reported. The cause of the fire remains under investigation.