David Allan Lacey, 66, was charged with three counts of assault with a firearm.
KABC 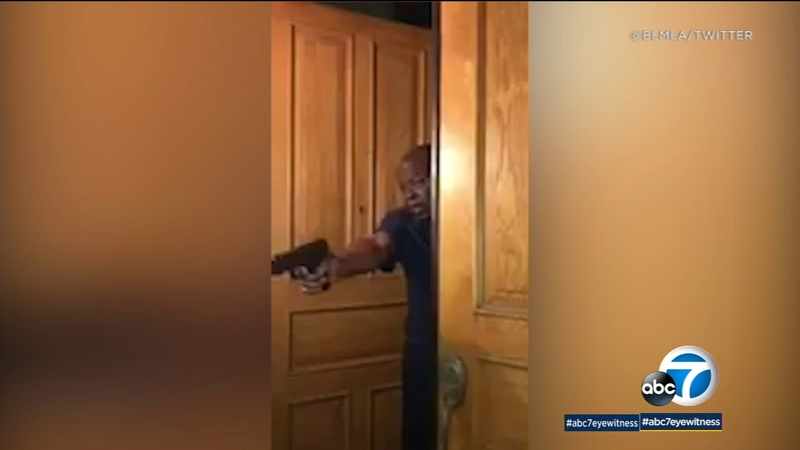 David Allan Lacey, 66, was charged Monday with three misdemeanor counts of assault with a firearm in connection with the March 2 run-in with demonstrators, according to the charging document filed by the California Attorney General's Office.

The charges stem from a March incident in which David Lacey was seen pointing a firearm at Black Lives Matter protesters at their front door. He is set to be arraigned Aug. 13 in a San Fernando courtroom, according to his attorney, Samuel E. Tyre.

"My client and I are disappointed that the attorney general's office felt that the conduct at issue amounted to criminal behavior. We disagree entirely with their assessment, but we have the utmost faith in the justice system, and we are confident that the correct result will be reached,'' Tyre said in a statement to ABC7.

The district attorney's office has not publicly commented on the charges.

On March 2, Jackie Lacey said her husband had acted out of fear and was "profoundly sorry" for his actions.

She said she had been repeatedly threatened and harassed at public appearances while serving as DA.

Lacey is seeking her third term as the county's top prosecutor -- is facing a runoff election in November with former San Francisco District Attorney George Gascon.