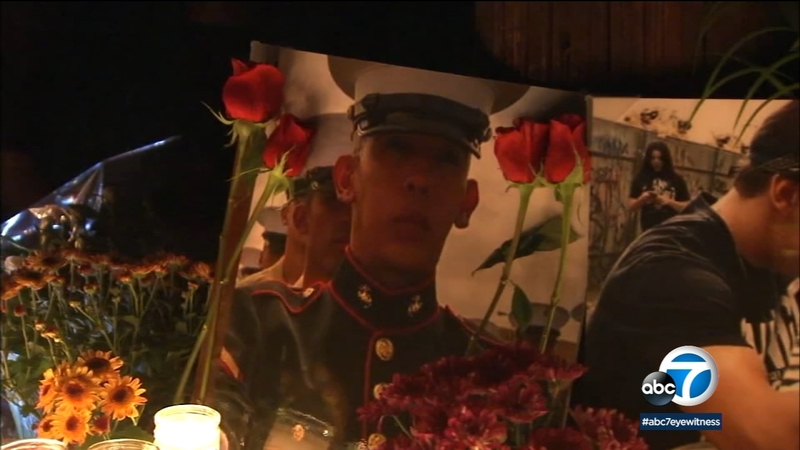 LOS ANGELES (KABC) -- Two gang members who shot and killed a 19-year-old Marine in his car in South Los Angeles have been sentenced to potential life terms in prison.

"This is the clothes that Carlos was wearing the day that he was shot," said an emotional Sandra Lopez, the mother of the Marine who was killed, as she addressed the court.

Segovia Lopez was on leave Sept. 16, 2016 when he reportedly confronted the two men in the Jefferson Park neighborhood, believing they were tampering with vehicles. He was shot in the head.

He died three days later at the hospital.

Sandra Lopez spoke of her son's dedication to community service, helping the homeless and at-risk youth to prevent crimes.

A picture of Segovia Lopez hangs outside the family's home. The home is filled with more photos of him, and there's an entire room dedicated to his memory.

The Marine mom's favorite wall includes a cutout of her son that makes her feel closer to him. Despite the pain, she beams with pride and joy when she speaks of his life.

"I tell everyone that he is my son," she said, "I am proud of him to my last breath."