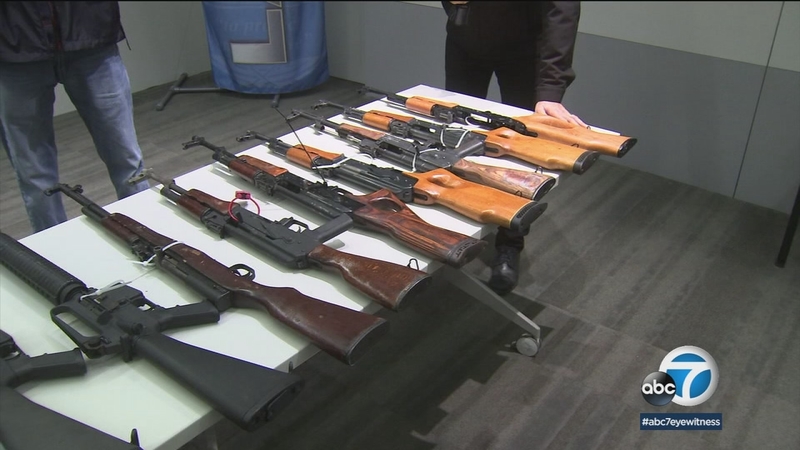 Police see it all during their gun buybacks: rifles, handguns, shotguns.

On Saturday, gun owners handed over their weapons to police as part of a gun buyback program in Los Angeles. In exchange, they received gift cards valued at $100 or $200.

They are firearms Los Angeles residents either no longer need or no longer want in their homes, and city leaders are convinced the exchange is helping to make the streets safer for everyone.

There were 478 firearms collected at two city locations.

It is the assault style weapons Los Angeles Police Department Chief Charlie Beck is really happy to see off the street.

"AR-15's, which is unfortunately, become the weapon of choice in school shootings, and getting these out of houses, to me, is worth all the effort," Beck said.

While the chief and the mayor are calling this buyback a success, last year the city collected more than 700 weapons. The mayor blames the decrease on a poor location for the drop-off.

"We've traditionally done it at the Sports Arena, and with the new stadium, we weren't sure with construction, so we'll look at next year, maybe try to get a little more centrally located," Garcetti said.

More important than the number of guns collected is the rate of gun violence, and Beck is proud to say those numbers continue to go down.