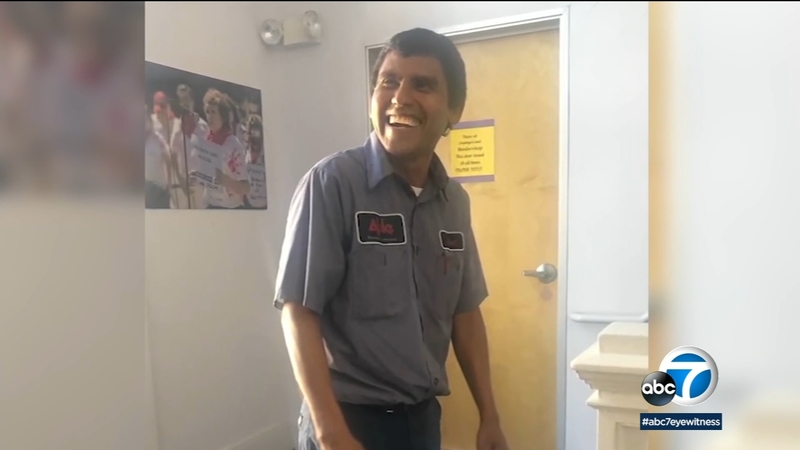 The well-known and well-liked janitor was stabbed to death on Wednesday while working.

"He was such a dedicated family man and dedicated worker to Park La Brea," said Chan Rudrapatna, a friend. "All he wanted was to keep the building clean."

The 17-year-old suspect in custody was apparently trying to get into his girlfriend's apartment and allegedly attacked Mejia to get keys to the building.

"We believe Tomas tried to fight to defend himself and make sure the keys to the building were secure so the tenants were safe," said Alejandra Valles with the SEIU local that represents employees at the building. "Unfortunately he lost his life protecting the tenants he loved and the tenants that loved him."

The 50-year-old was the sole breadwinner for his family and had just achieved the American dream of buying a home for his wife and two sons.

A GoFundMe has been set up to help the family.

Friends say Mejia was dedicated to his family and to his job as a union member.

"He was an advocate for social justice and he was an executive board member of the Union for Justice for Janitors," Valles said.

Many Park La Brea residents say there has been an ongoing problem with security at the massive complex.

"He had this wonderful smile all the time," Rudrapatna said. "He smiled every single time. He worked so hard."