Mayor Eric Garcetti said it's the largest amount of federal funding received for the river.
KABC 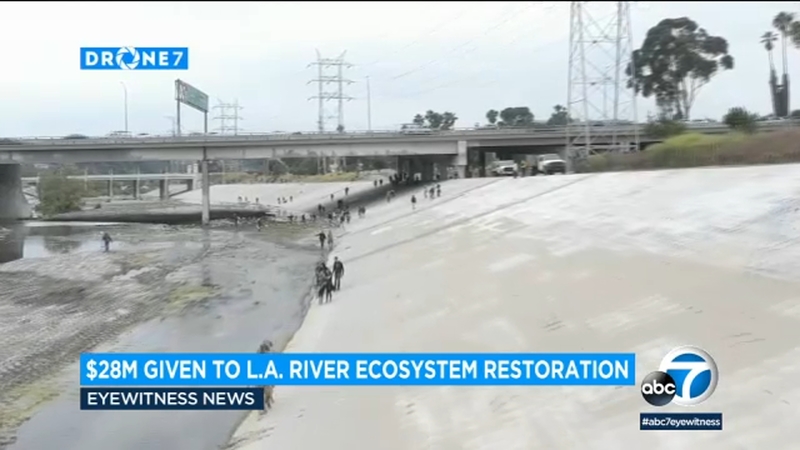 Garcetti said it's the largest amount of federal funding received for the river.

"I am deeply grateful to our Los Angeles Congressional delegation, as well as the Biden administration for this funding, and I look forward to seeing the transformation continue as a lifelong Angeleno," he said.

The project aims to restore 11 miles of the river from Griffith Park to downtown L.A., including the creation and re-establishment of fresh water marsh habitat to support wildlife, according to the city's Bureau of Engineering.

Much of the 51-mile-long river functions as a storm channel, but the plan would accommodate recreational and natural uses of the river while maintaining the city's existing flood risk management levels.

Garcetti's office said Wednesday that the project will restore hundreds of acres of land for several plant and animal species and create access to natural areas and trails for disadvantaged communities. The city also estimates the project will create 14,200 construction jobs and 2,670 permanent jobs.

The project was proposed by the U.S. Army Corps of Engineers and adopted by the city in 2016.