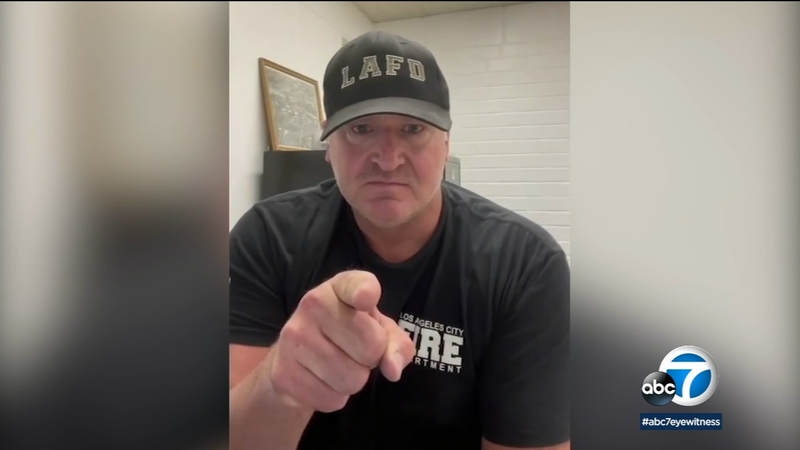 LOS ANGELES (KABC) -- A Los Angeles fire captain who called the city's vaccination requirement for city workers "tyranny" is being investigated by the department for appearing to be on duty and speaking out against the city policy while wearing his uniform, department officials announced Monday.

Capt. Christian Granucci, a 31-year veteran of the LAFD, is under investigation by the department's Professional Standards Division after posting a 12-minute video on social media blasting the city's vaccine mandate.

"This is tyranny. This is about freedom of choice," Granucci said in the video. "The department has said that we can seek medical exemptions if we so choose, if we can. That is a pie in the sky. We can even try and seek some kind of religious exemption, but they know they have end-runs around those. The vaccinations will come. And then after that, it will be a booster, and another booster and another booster. When will this end?

He said that there were hundreds of firefighters who have retained a lawyer to fight the requirement.

"We have him on retainer and we will seek legal counsel and we will take the fight to you, the city of Los Angeles," Granucci said.

Anyone who attends an indoor event in California with 1,000 or more people will have to show proof of vaccination or a recent negative COVID-19 test.

A spokesperson for LAFD said the department became aware of the video Monday morning and issued a statement that said in part:

While we respect the individual's right to his opinion, he is not authorized to speak on behalf of the Department. The individual is in uniform and appears to be on duty, thereby giving the impression that he is speaking in an official capacity. Therefore, the matter has been submitted to our Professional Standards Division for investigation, which may lead to disciplinary action."

The L.A. City Council last week approved an ordinance requiring COVID-19 vaccinations for all city employees except for those who have medical or religious exemptions. Exemption requests will be evaluated on a case-by-case basis and be due by Sept. 7.