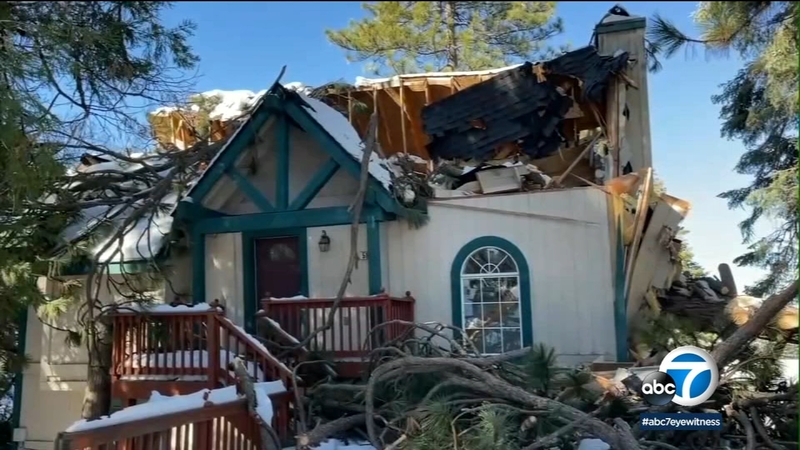 More than 1,000 people in Lake Arrowhead have spent several nights without heat or electricity after last week's winter storm knocked down trees and power lines, causing significant damage to some homes.

The storm began with a fresh coat of powder but then conditions took a turn, covering trees in ice. The weight ripped off branches and split trees in half, which took down power lines with them.

"This is the worst damage we've ever had... luckily our house is still fine but the truck, no," James said of their truck with serious damage to the front windshield and hood.

About 1,000 residents remained in the dark as of Tuesday morning with no word on when power will be fully restored. Impacted residents have been doing everything they can to stay warm at night when temperatures drop below freezing.

"I've had no heat, no electricity. I'm thankful to have hot water. I have a friend coming with backup batteries," said Chloe Thomas.

Many in the mountain community were prepared with generators and other supplies, but many say this was the worst storm they've seen in years. But after several days, residents are growing frustrated with the slow return of power.

Southern California Edison crews have been working around the clock to restore power.

"We understand these outages have been a hardship for the customers in the Crestline and Arrowhead mountain communities whose New Year was significantly impacted by power outages, and we currently have multiple resources including helicopter teams working diligently to identify and repair the remaining outages and return power," officials said in a statement. "SCE had multiple tree crews at these locations all weekend and are still on site to cut and clear the trees so the lines can be repaired."