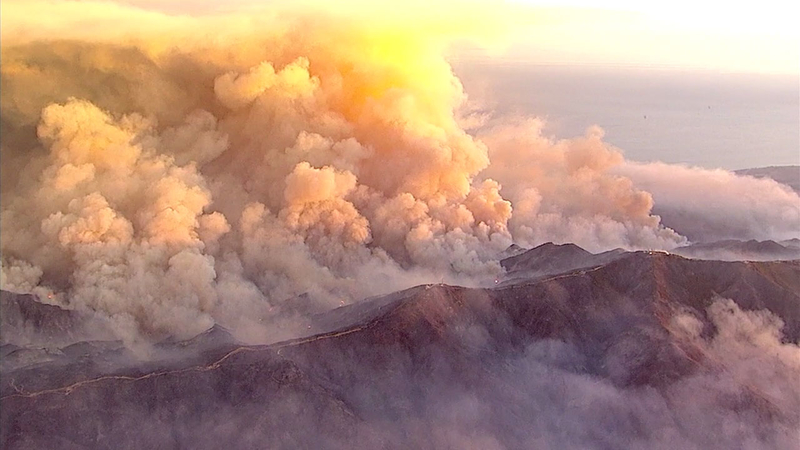 The blaze, dubbed the Whittier Fire, started Saturday along Highway 154 and burned about 330 acres near Camp Whittier. The fire spread quickly and prompted evacuations at campsites in the area and homes along the corridor.

Nathan Corman was one of those people who had to be evacuated.

"We're always concerned when there's a fire in our backyard," he said. "We're glad that there's no wind, that the wind is basically dead calm. If they stay that way, we should make it through the night OK."

Mandatory orders were expanded to the following areas:

More than 1,600 firefighters, including teams from Los Angeles and Orange County, were working to stop the spread of the blaze, which is at 52 percent containment.

Public information officer Mike McMillan said those firefighters were getting prepared if the fire moved beyond the hillsides.

Fire crews are concerned about Sundowner Winds, which are expected to produce gusts between 25 and 30 mph through the passes.