The caps are one of the many calls for awareness surrounding the death of 26-year-old Breonna Taylor, who was killed by police in her Louisville apartment back in March.
KABC 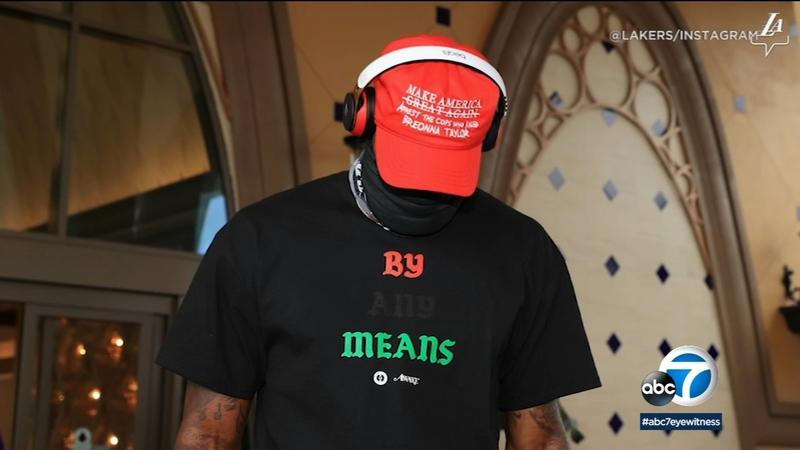 Lebron James and the rest of his Los Angeles Lakers teammates on Tuesday donned Make America Great Again hats with a modified message to shine a light on issues of police brutality and racial justice.

The caps are one of the many calls for awareness surrounding the death of 26-year-old Taylor, who was killed by police in her Louisville apartment back in March.

Speaking after the game against the Portland Trail Blazers, as reported by ESPN, James said Taylor's case is "something that we continue to put our foot on the gas, continue to pressure."

"An innocent woman being killed in Breonna Taylor, a woman who had a bright future and her future was taken away from her. And there's been no arrests. There's been no justice. Not only for her, but for her family. And we want to continue to shed light on that situation, because it's just unjust, and that's what it's about."