Retired LAPD detective Moses Castillo looks back at the 1992 LA riots and reflects on what has, and what has not, changed in the wake of George Floyd's death.
KABC
By Rachel Brown 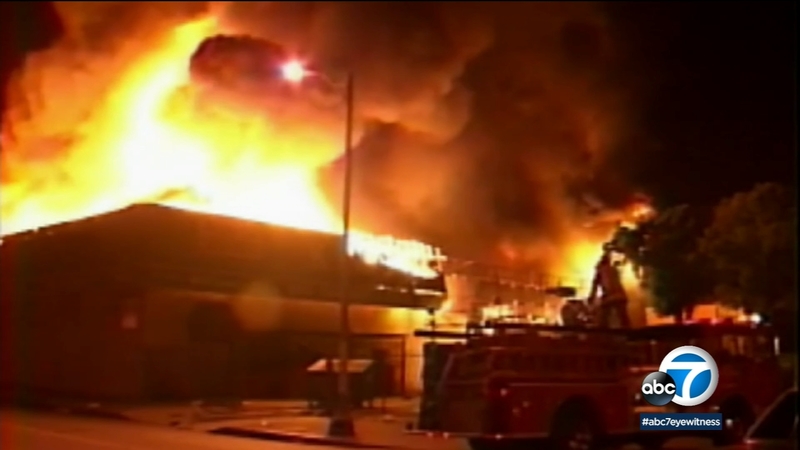 LOS ANGELES (KABC) -- Images of police brutality and anger over the treatment of minorities by law enforcement officers brings back painful memories of the beating of Rodney King nearly 30 years ago. Former LAPD detective Moses Castillo reflects on what happened then, and what's happening now.

Long before videos of police brutality went viral online, a single recording of the brutal beating of Rodney King was broadcast across the country. Americans watched in horror. The next year, fury over the acquittal of four LAPD officers involved erupted in the L.A. Riots of 1992. Recently retired LAPD Detective Moses Castillo had just joined the force.

"Fires everywhere. It was chaotic. When I see that today it breaks my heart," said Sgt. Castillo.

Nearly three decades later, we again see protesters marching through the streets of Los Angeles, speaking out against racism and police brutality in the wake of George Floyd's killing.

"There's no justification. What happened to George Floyd should never have happened," said Castillo. "It's evil. It's awful."

It has also energized separate groups full of disrupters and opportunists; setting fires and looting from neighborhood businesses.

"It was about a three-day delay back then in 1992 before we got the National Guard on scene," said Castillo. "So I'm thankful that this time around, it didn't take three days to get the National Guard."
MORE: Marc Brown recalls covering LA riots, trying to make sense of events
EMBED More News Videos

Some 25 years after the L.A. riots, there are only a handful of reporters still at ABC7 who were covering it. One of them is anchor Marc Brown, who shared his indelible and troubling memories.

Castillo believes their presence will help save lives. Recognizing continued concerns over the policing of black and brown communities, the former detective says law enforcement agencies can do more.

Castillo pointed out some graffiti that he found especially hurtful.