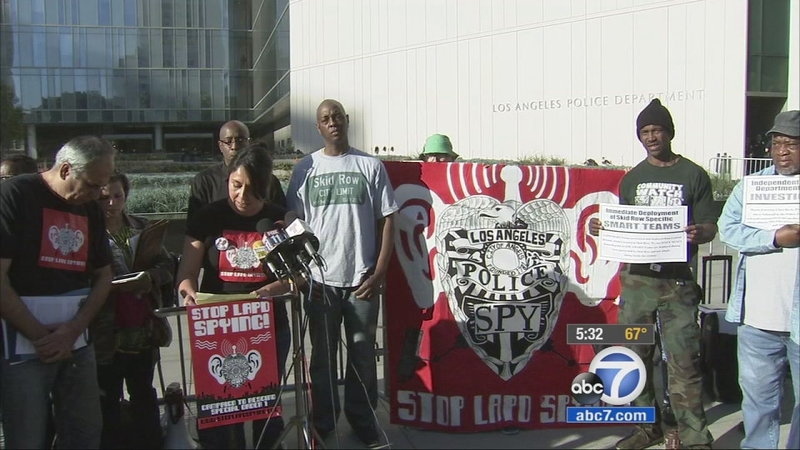 Charly Leundeu Keunang, 43, of Cameroon, was fatally shot during a confrontation with police earlier this month. He was known on the streets as Africa.

At a Tuesday meeting, the LAPD Inspector General Alexander Bustamante said it is conducting its own investigation. Officials say they have found 18 witnesses and are looking at police body camera video.

"We've been examining that video, including the individual who was the victim of the crime and his statements about what occurred which is captured on the video. (We) are attempting to slow down the video, so we can determine the sequence of events," Bustamante said.

"We demand that there be an independent prosecutor and a DOJ (Department of Justice) investigation," activist General Dogon said. "Skid Row residents, we have absolutely no faith in Chief Beck or you commissioners."

Some are asking for fewer officers and more of the LAPD's Smart Teams, which are mental assistance response teams who help with suspected mentally ill persons.

"Smart teams, however, are not first responders. They are a police officer and a clinician. They are not prepared to respond to incidents where the folks are violent," LAPD Chief Charlie Beck said.

Protestors say they want to see the video from the police body cameras. Beck says, for now, they are interviewing more witnesses.

"These things do take time. Sometimes people want to put a little time and distance between the event and their statements," Beck said.

Officials didn't give a timetable regarding the investigation, but Beck said the names of the officers involved could be released in the next few weeks.