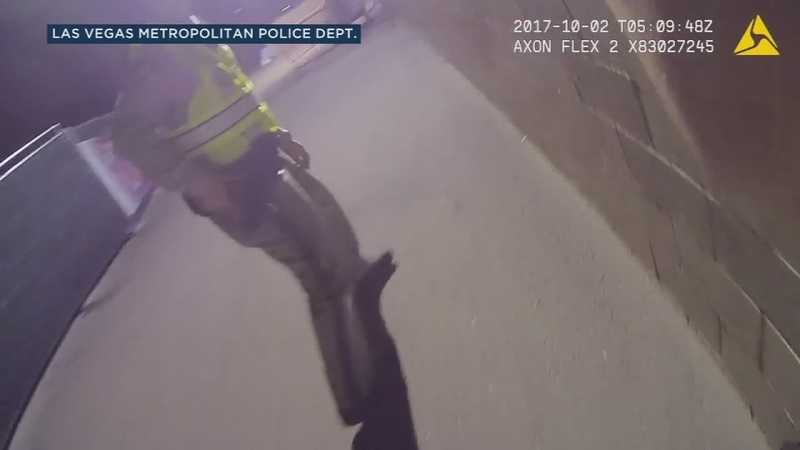 LAS VEGAS (KABC) -- Las Vegas police have released dramatic body camera video from the first officers who responded to the scene of the Mandalay Bay shooting.

The video shows officers taking up strategic positions outside the concert as rapid bursts of gunfire are heard in the background.

It also shows them frantically trying to get bystanders to run for cover, yelling at them repeatedly to "Get down! Go that way! Go that way!"

It also shows officers hunkered down near their police cruisers on Las Vegas Boulevard as one officer is struck by gunfire.

Police released less than a minute of footage, edited from several different bodycams.