Latasha Harlins, teen who was killed in 1991, honored with mural in South Los Angeles 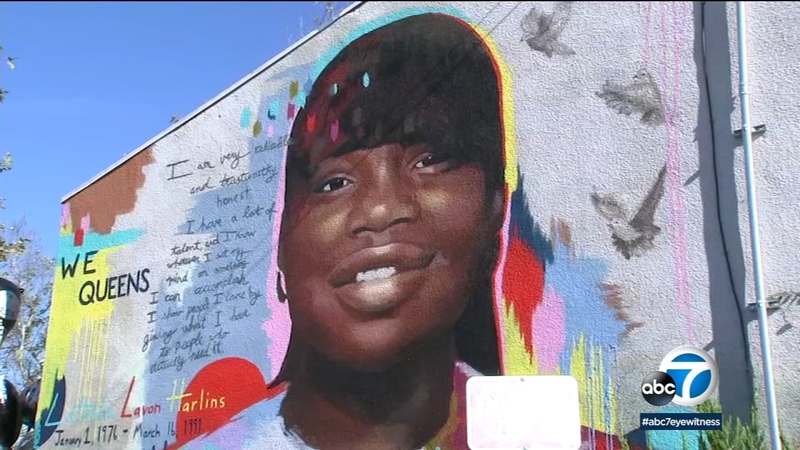 SOUTH LOS ANGELES (KABC) -- A mural honoring the life of Latasha Harlins was unveiled on what would have been her 45th birthday. Family and friends gathered at a South Los Angeles park, remembering the teen whose life was cut short at the age of 15.

In 1991, Harlins was shot and killed in a liquor store, the Korean store owner, Soon Ja Du, firing the fatal shots after accusing the teenager of stealing a $1.79 bottle of orange juice. Police concluded the teen was not shoplifting. Harlin's death helped fuel the 1992 riots in Los Angeles, while her family fought for justice for decades.

"We will lead, and we will make sure that her name is not forgotten and the truth about Latasha Harlins" Christina Acoff Rogers, Latasha's sister said.

The Netflix documentary, "A Love Song for Latasha," looks at the life of the teenager who had big dreams for the future.

Sophia Nahlu Allison, the director of the documentary, says she didn't want to focus on the tragedy.

"I really wanted to see her live and exist in her fullness. I wanted to makes sure her story wasn't forgotten," Allison said.

The park was a second home for Latasha Harlins and relatives when they were kids, and having a mural there means a lot to her family and the community.

"I sure appreciate that. I look at it and I say that's my granddaughter and I miss her, I miss her!" Ruth Harlins, Harlins grandmother, said.