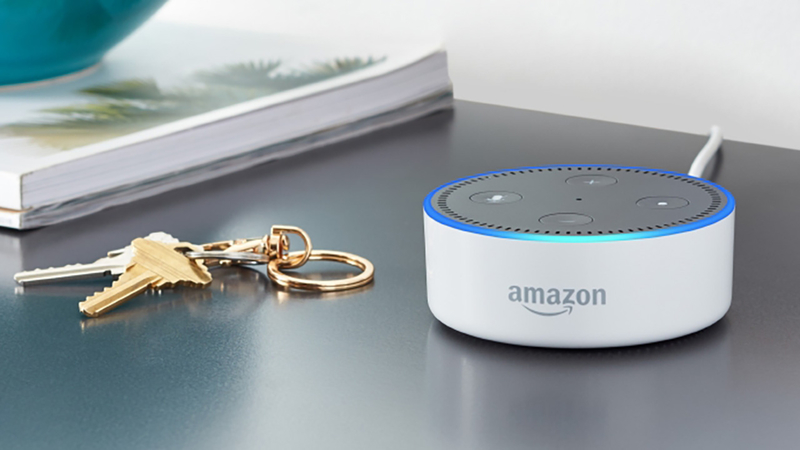 Is your Alexa randomly laughing at you? You aren't alone

Is your Alexa laughing at you out of the blue? You're not alone.

Social media is awash with reports of Amazon's popular personal assistant chortling and chuckling at unexpected times, sometimes during an unrelated command and occasionally in the middle of the night, seemingly unprovoked.

"So Alexa decided to laugh randomly while I was in the kitchen. Freaked @SnootyJuicer and I out. I thought a kid was laughing behind me," Twitter user @CaptHandlebar wrote Feb. 22 with a video of Alexa chuckling unprompted.

So Alexa decided to laugh randomly while I was in the kitchen. Freaked @SnootyJuicer and I out. I thought a kid was laughing behind me. pic.twitter.com/6dblzkiQHp

For at least one unlucky Alexa device, the phantom laughs were the end of the line.

"Our Alexa lit up and laughed for no reason. She didn't even say anything, just laughed," Taylor Wade tweeted. "We unplugged her."

so my mom & I are just sitting in the living room, neither of us said a word & our Alexa lit up and laughed for no reason. she didn’t even say anything, just laughed.

One user even said the creepy cackle made him feel like he was going to get murdered.

Lying in bed about to fall asleep when Alexa on my Amazon Echo Dot lets out a very loud and creepy laugh... there’s a good chance I get murdered tonight.

Even those who haven't experienced the unprompted laughter have been trying to get in on the fun -- if you can call it that -- posting videos asking Alexa to laugh on command for them. The personal assistant's laughs range from a dainty 'tee-hee' to a throaty, maniacal cackle, the same laugh that many users report hearing out of the blue.

In a statement to ABC, Amazon acknowledged that Alexa can mistakenly hear the phrase "Alexa, laugh," which it will soon disable. The company is working on a fix to change the laugh command to "Alexa, can you laugh?," which a company spokeswoman said is less likely to produce a false-positive response.

Alexa will also say "Sure, I can laugh" before actually laughing to make it clear that she is responding to a command.