Teachers with the United Teachers Los Angeles union gathered for a rally at 7 a.m. in Los Feliz and then headed to downtown Los Angeles to march from City Hall to LAUSD headquarters in the rain.

"This rain's not getting us down," said teacher Marie Keller. "We have our red ponchos. We're ready to fight."

Some students also marched to show their support for the teachers.

"The teachers, they're always there for us," said LAUSD student Alondra Garcia. "I would like to support them too. They're not even asking for a lot."

If success is measured by low attendance at schools, then UTLA's message was heard by families across the city. Roughly two-thirds of the nearly 485,000 LAUSD students stayed home.

"When we have a successful day like today, a historic day like today, Day One of our strike, it's not time to relax, it's time to double down and make sure Day Two is even better," said UTLA President Alex Caputo-Pearl.

LAUSD is funded based on attendance and at Marianna Avenue Elementary School in East L.A., for example, only 84 of the 356 students went to class.

Students like Lizeth Carasco went to school and said although academics were taught, not having her teacher present made it a strange day.

"It was kind of interesting because we didn't really do much and then we kind of did work, but it didn't really feel like we were learning," she said.

Over the weekend, the union prepared for the historic strike by making signs and other items they held on the picket line.

RELATED: Guide for LAUSD parents as teachers go on strike

The teachers union has a range of issues that have not been resolved with the district that include salaries, reduced class sizes and hiring more nurses and other essential school personnel.

The strike comes after the union rejected LAUSD's latest deal on contracts. The two sides haven't met since those talks fell through on Friday of last week.

The last time teachers went on strike with LAUSD was 30 years ago.

A Family Hotline has been established for anyone with questions about the schools during the strike: (213)443-1300.

Los Angeles Mayor Eric Garcetti said the city has been working to provide support resources during the strike, opening 37 recreation centers for longer hours and providing free lunches to hundreds of kids.

Garcetti said he supports the striking teachers, but is also working with both sides to resolve the negotiations. He believes the two sides are not that far apart on the financial issues and thinks a deal could be reached this week or next week.

"I truly do believe not a lot separates us materially," Garcetti said. 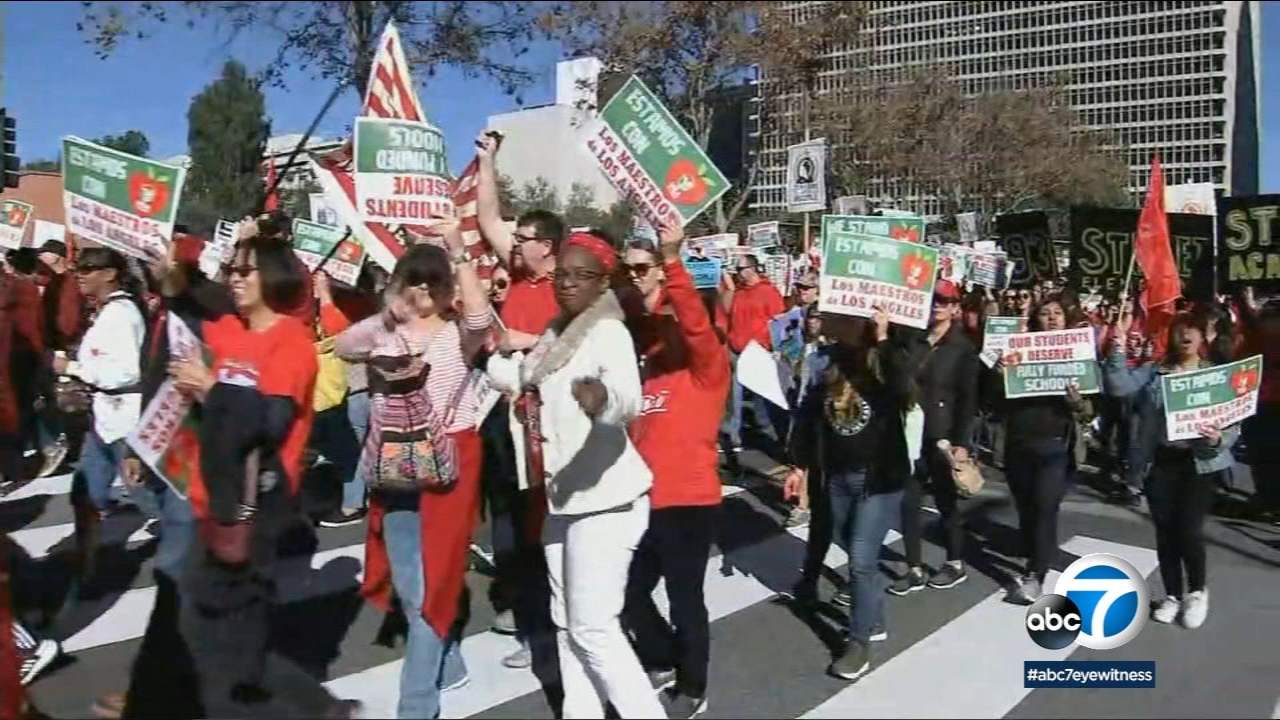 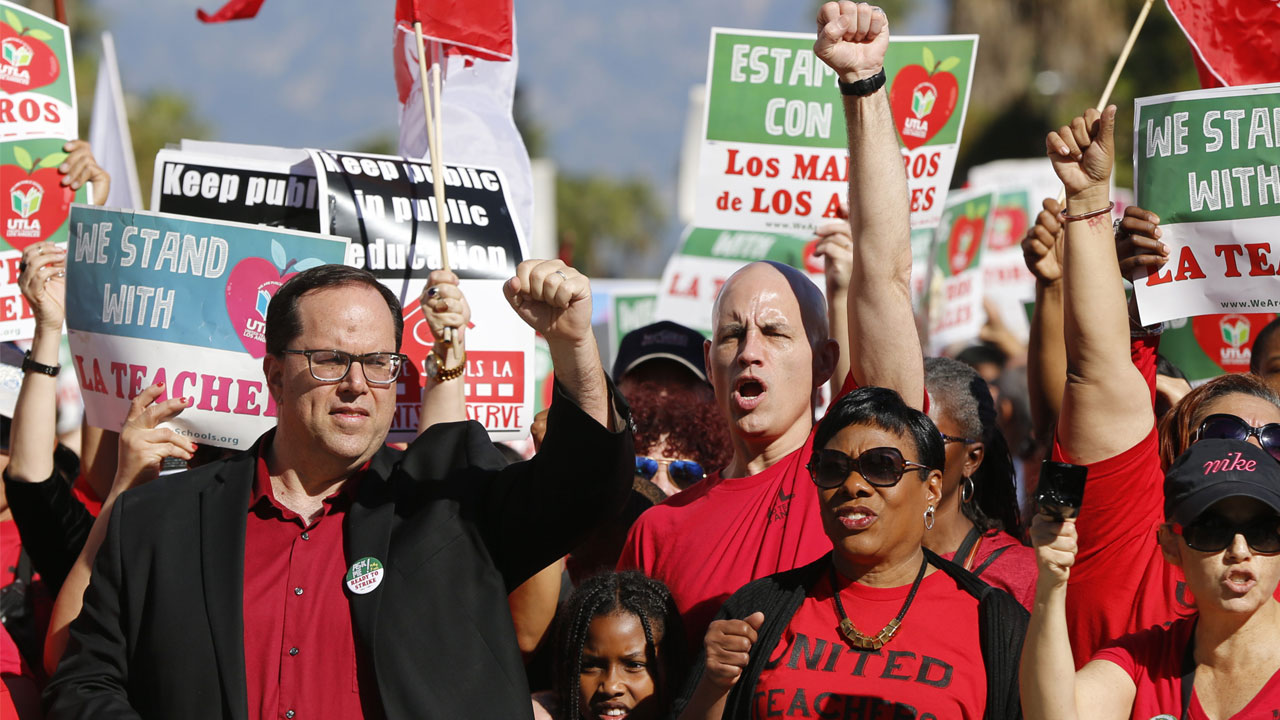 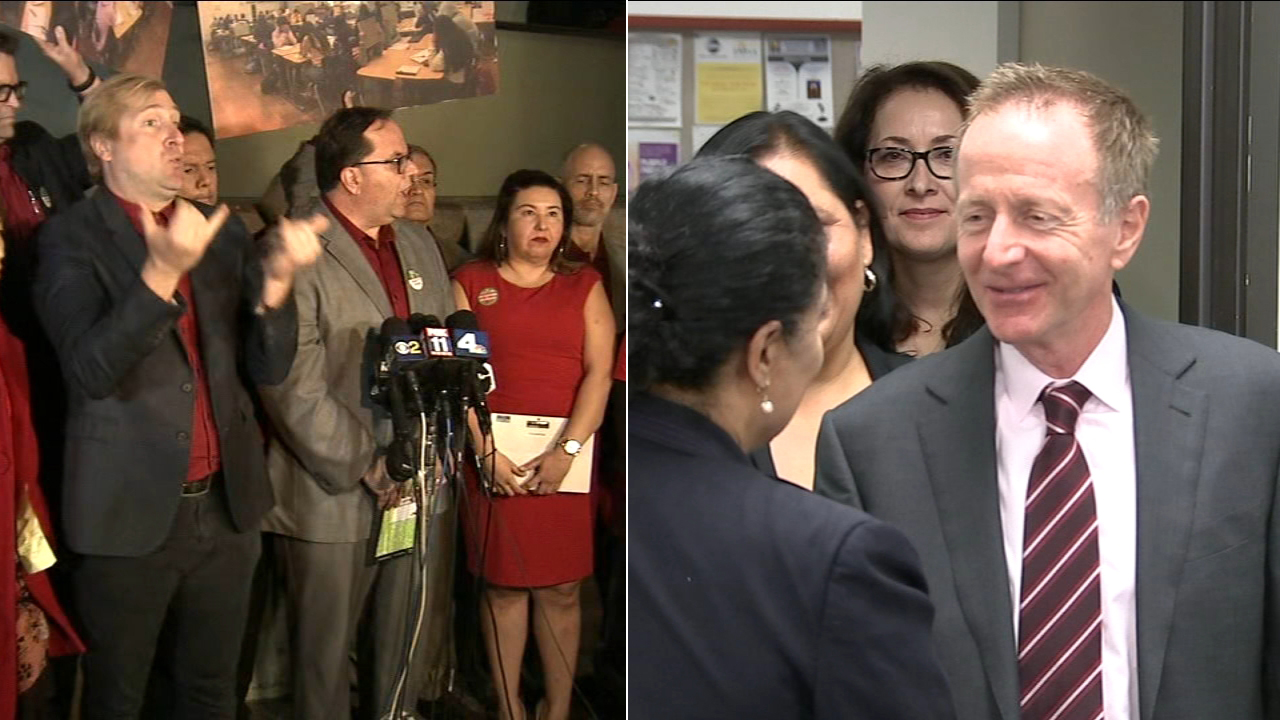 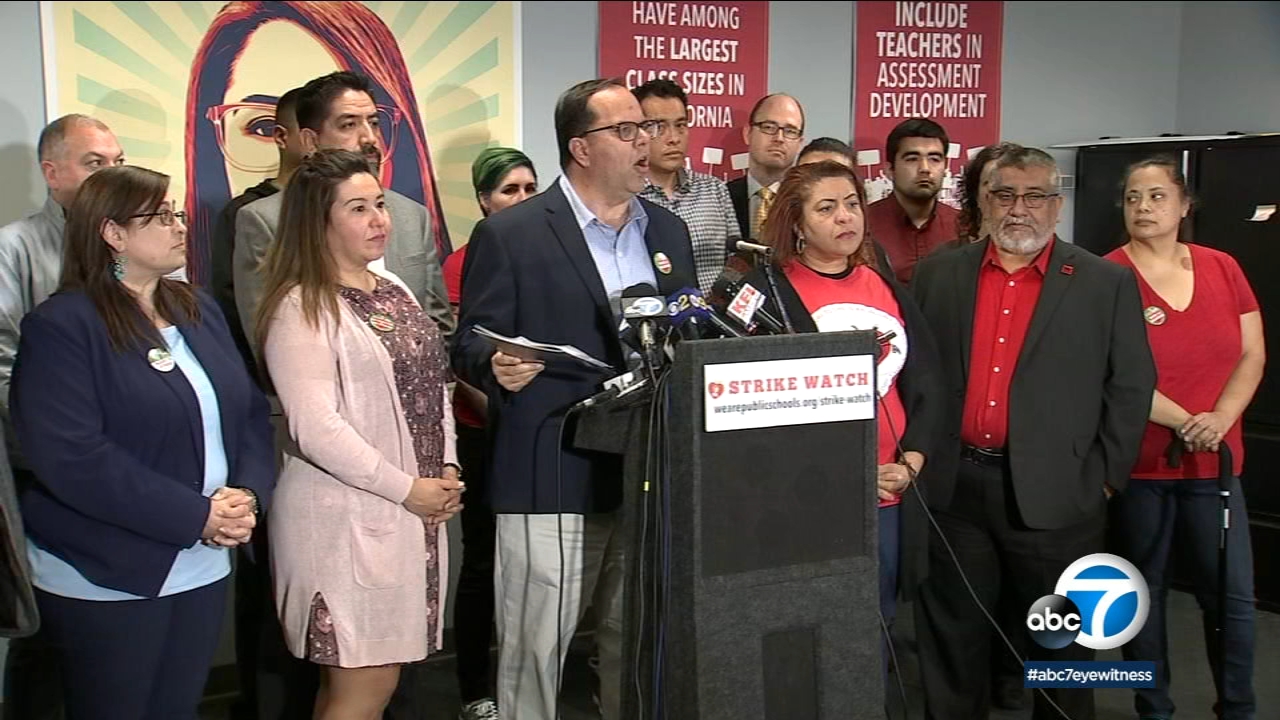 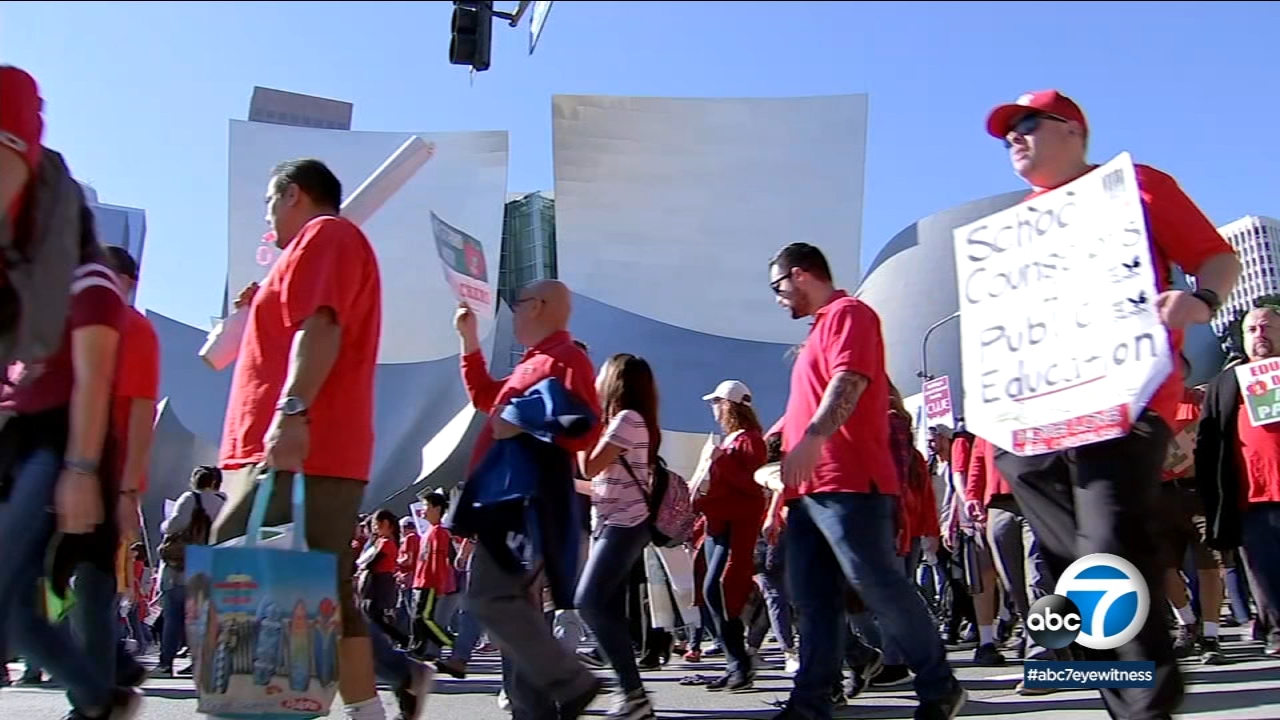 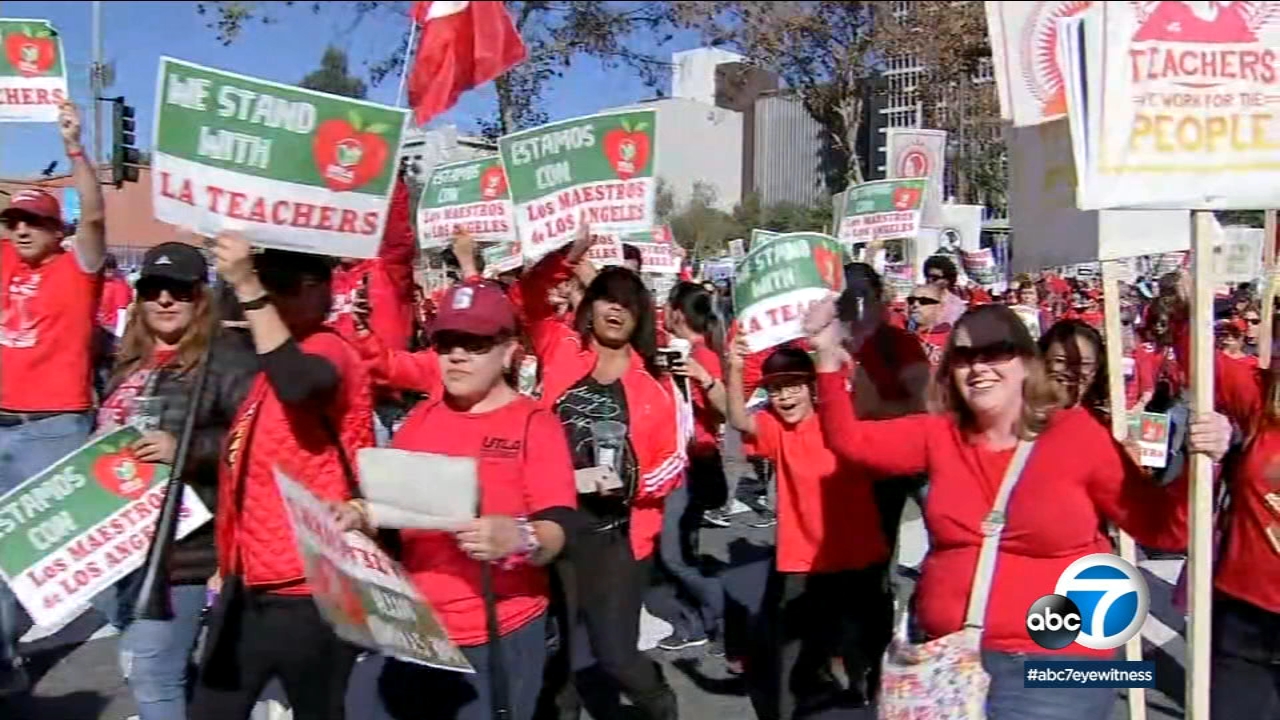 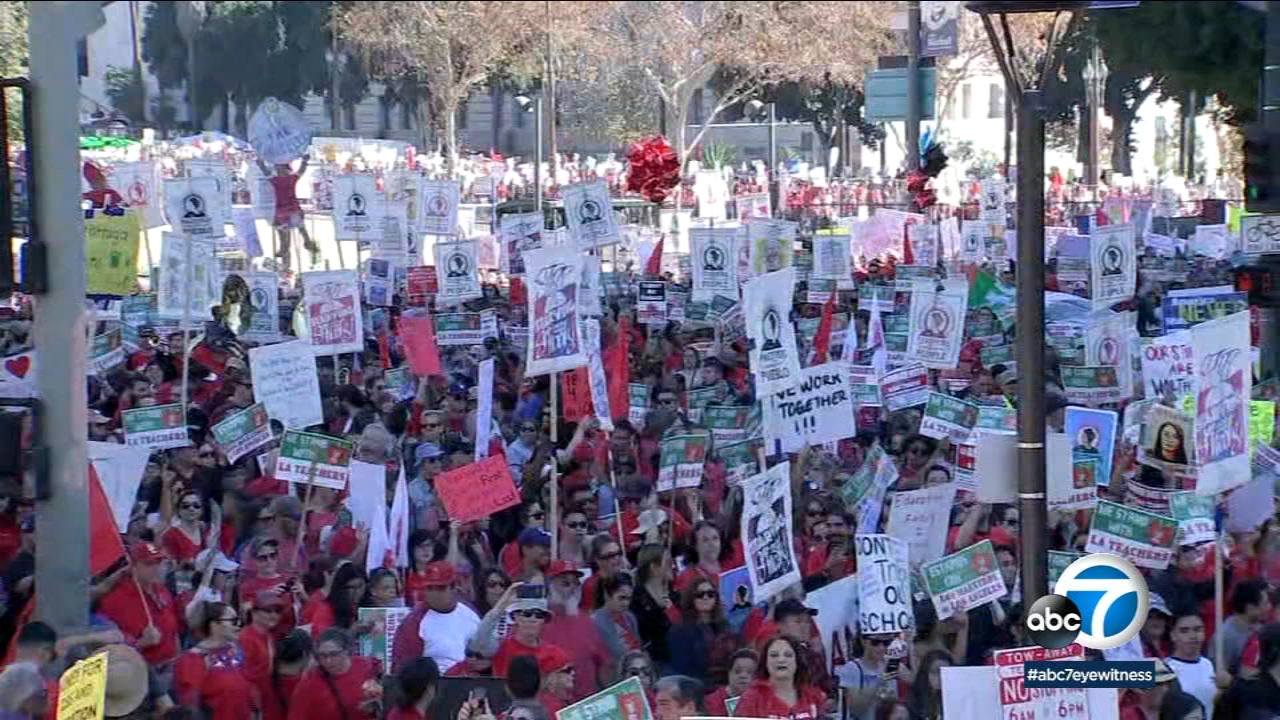 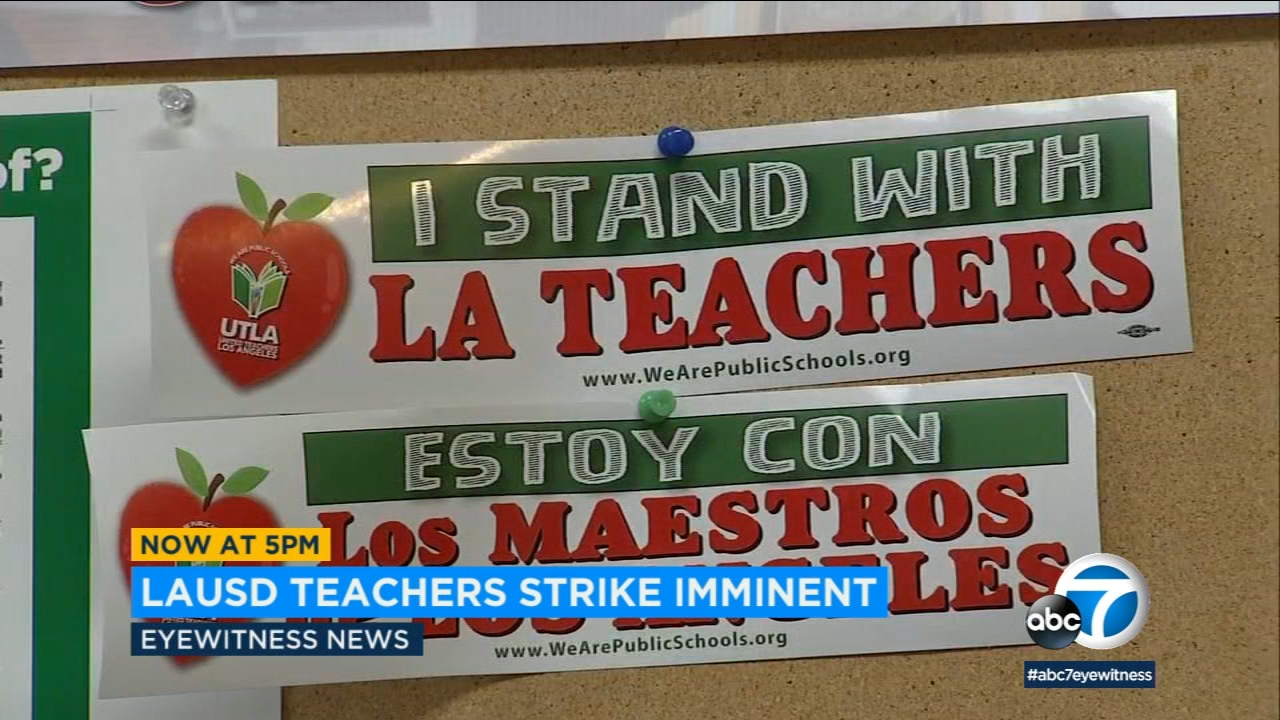