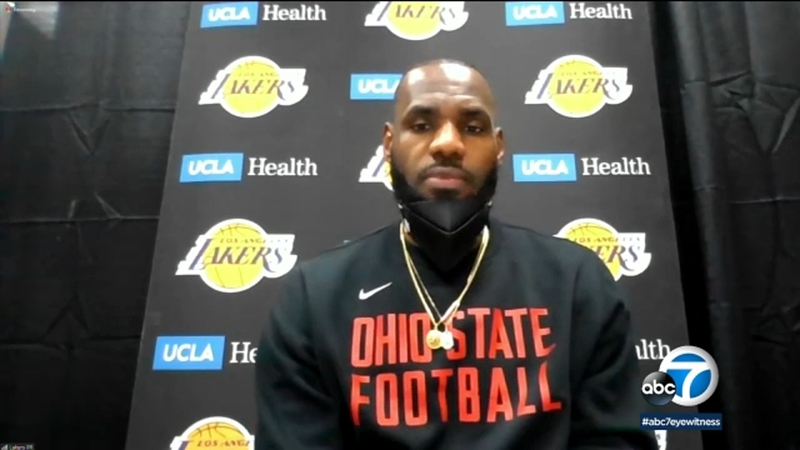 LOS ANGELES (KABC) -- There were peaceful protests in Kenosha after the District Attorney declined to file charges against the police officer who shot Jacob Blake.

The officer shot Blake seven times in the back while responding to a domestic incident in August.

Lebron James, who's been vocal on police shootings, spoke after Tuesday night's game against the Grizzlies.

"It's a blow to our community once again. We've been here before. It sucks. We feel sorry for this family and that community itself. We want better, and hopefully we can get that," he said.

The Wisconsin prosecutor said he didn't think he could prove the officer and others there were acting in self-defense.

Blake survived the shooting but was paralyzed from the waist down.

A Wisconsin prosecutor has declined to file criminal charges against a white police officer who shot a Black man in the back last summer.