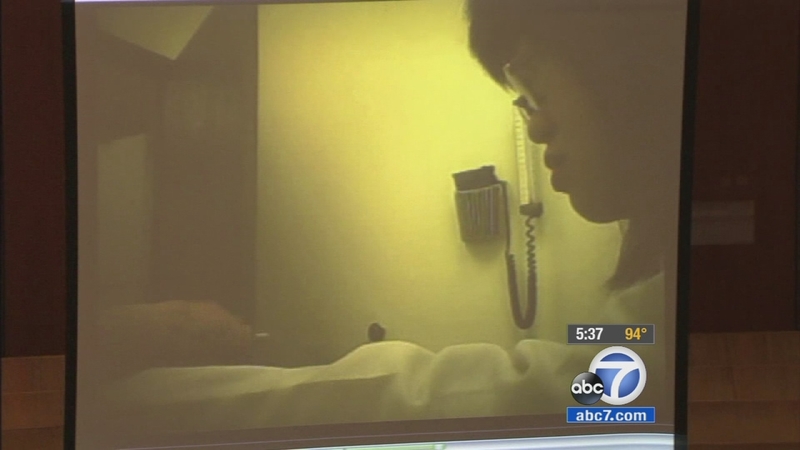 LOS ANGELES (KABC) -- A video secretly recorded by an agent for the Drug Enforcement Administration became a debated exhibit in the murder trial of Dr. Lisa Tseng on Wednesday.

In the first-of-its-kind case for the Los Angeles County District Attorney's Office, Hsiu-Ying "Lisa" Tseng, a Rowland Heights doctor, is accused of second-degree murder for allegedly causing the death of three of her male patients through excessive prescribing of narcotic pain killers and addictive medications.

Vitt Nguyen said he found bottles of pills after his brother, Vu, died from an overdose.

"It didn't make sense to me why he would need that many prescriptions and that quantity in a relatively short period of time," he said.

The undercover video shown in court Wednesday took the jury through a medical appointment as the DEA agent posed as a patient with a wrist injury. He requested 80 milligrams of OxyContin, which is often compared in strength to heroin.

"I do write OxyContin for legitimate reason, this is not. OK?" Tseng tells the undercover agent.

In the tape, she demands an old bottle or a pharmacy receipt that would show that he had been taking the drug as he claimed. Tseng tells him OxyContin is "not candy."

She then accuses the patient of being "hooked," and rejects the agent's request for OxyContin. She recommends ibuprofen instead.

At the time of the exam at her clinic in Rowland Heights, Tseng, an osteopath, had settled five wrongful-death lawsuits because of patients who overdosed.

Despite her cautious language in the video, prosecutors allege that her prescribing practices were reckless and did not change.

The undercover agent left with a 10-day prescription for Vicodin and instructions that he return with X-rays of his injured wrist.

Prosecutors allege that Tseng performed a minimal examination that lasted six minutes and the Vicodin was not medically necessary.