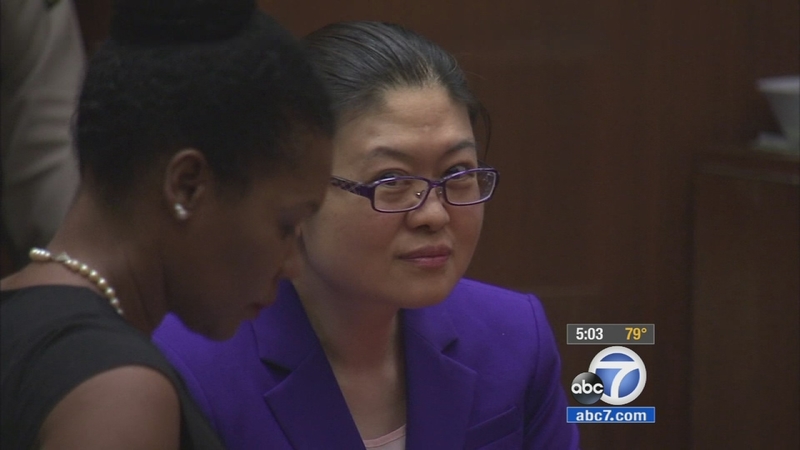 Prosecutors said Tseng, 45, excessively prescribed narcotic pain killers and addictive medications to her patients who she knew were drug seekers.

Tseng was found guilty on 21 counts of overprescribing and three counts of second-degree murder in the deaths of 21-year-old Joey Rovero of San Ramon, 25-year-old Steven Ogle of Palm Desert and 29-year-old Vu Nguyen of Lake Forest. Rovero, Ogle and Nguyen died between March and December of 2009.

Jurors had the option of convicting Tseng of involuntary manslaughter.

Her case marked the first time a doctor in California was charged with murder for the deaths of patients for whom she had prescribed drugs.

Tseng's defense argued throughout the six-week case that Tseng was not informed about the patients' cause of death.

She said the patients lied to her about their conditions and that she had been acting in good faith.

According to her defense lawyer, the young men ultimately died because they abused the medications, failing to follow Tseng's responsible dosage instructions.

Prosecutors said Tseng had been notified that nine of her patients, mostly young men in their 20s and 30s, had died.

"I know this is going to kill them, but I don't care because I have a business to run," Deputy District Attorney John Niedermann said during trial. "Something is wrong with what you're doing if your patients are dying."

Tseng also wrote pain prescriptions without examining the patients, failed to keep medical records and did not change her prescribing practices even after the coroner called to notify her that multiple patients had died, according to prosecutors.

She surrendered her license to practice in February of 2012 and has been in jail on $3 million bail since her arrest on March 1, 2012.