A groundbreaking new app called Live 911 aims to reduce police response times and resolve issues in a safe, effective manner. Police say it could be a game changer for first responders.
KABC 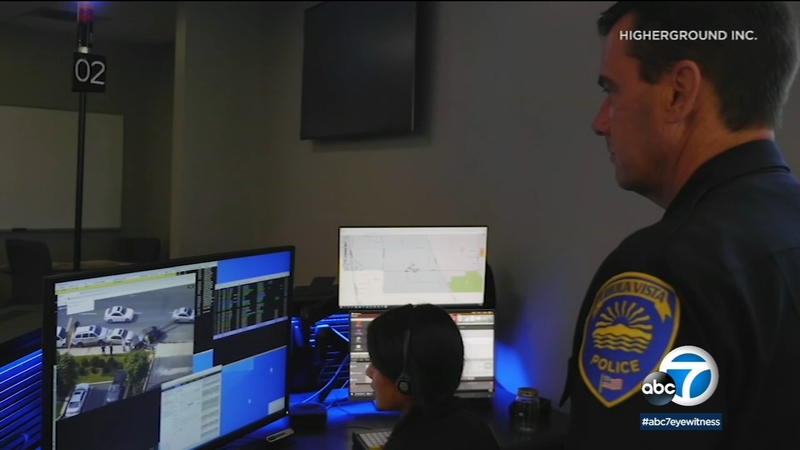 Groundbreaking technology could be game changer for first responders

CHULA VISTA, Calif. (KABC) -- A Los Angeles-based technology company has developed an app which aims to help reduce police response times and resolve issues in a safe, effective manner. The groundbreaking technology could be a game changer for first responders.

Chula Vista police officers on patrol are using the new technology. The app is called Live 911.

"We really believe that Live 911 is a game changer," said Lt. Don Redmond

It's changing the way officers receive information from 911 calls.

"My officers have the ability to hear a live feed of the actual 911 call," said Chief Roxana Kennedy.

Real time information during on-going emergencies means a faster way to respond. The software was developed by L.A.-based technology company, HigherGround, after being approached by retired Chula Vista Police Department Capt. Fritz Reber, who wanted officers to be as informed as possible when responding to calls.

A Los Angeles city councilman wants to make it a crime for people to call 911 to report false, racially biased accusations.

"We want them to understand what they're going to be thinking about what they might do before they get there," said Reber.

"The officers are able to hear the call for service, tone of voice, the urgency, they're picking up on clues that may not have been entered into the computer system or dispatched," said Redmond.

Chula Vista police say they've already had two situations where officers heard emergency calls of someone in need of CPR.
"The officers were there before the call was ever dispatched to the officers," said Redmond.

As for the cost. HigherGround will only say pricing depends on the number of officers using the software at the same time.

"We have two other police departments, Clovis Police Department in California and Polk County in Florida is beta testing as well," said Terry Ryan, HigherGround president and CEO.