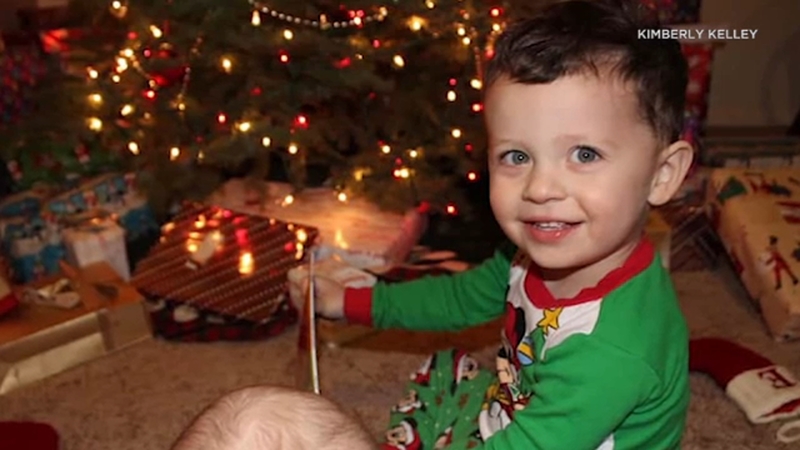 APPLE VALLEY, Calif. (KABC) -- "He was an amazing little boy. Our family is just... it will never be the same. There's nothing we can do."

Kimberly Kelley is heartbroken over the death of her 4-year old grandson Logan Pittman. The boy was pronounced dead last Thursday at an Apple Valley hospital after detectives say he ingested a controlled substance.

The boy's stepfather is under arrest, although charges have yet to be filed.

"I can't point no fingers, but I hope and pray the investigation proves who was involved, and who all was negligent," she said.

Kelley's son Chad was the boy's father, still too distraught to do an interview. He shared custody with the boy's mother who hasn't been arrested.

She declined our request for an interview.

Detectives say the incident occurred at a home in Apple Valley.

"All I really know that Logan, got into methadone, and he did not get immediate medical attention," Kelley said.

Kelley says the boy's mother told her they didn't call 911 until the next day.

"By the time he was taken to the hospital, he was unresponsive, and that the hospital worked on him for at least an hour, and they were not able to save his life," she said.

Kelley said what adds to her son's heartbreak, those feelings of guilt and whether he fought hard enough for full custody.

"Once we tried to go to court in 2017, and we weren't even allowed a judge, we just talked to a mediator. We kind of gave up on the system, and now we're feeling we should have pressed and pressed and maybe had we pressed a lot harder, maybe the situation would have been different," she said.

And that's their message to other parents and grandparents, possibly in a similar situation.

"Whatever you can do to make sure that baby is not in harm's way, because once something happens, it's too late."

Following the airing of our story, Eyewitness News received a statement from Logan's mother, Alexis Pope.

"My son is gone and it's not to our doing," said Pope, who explained the controlled substance that Logan ingested was brought into her home by her boyfriend's brother.

"We had no knowledge what was brought in our home. We let a family member... take a shower and he left methadone in our fridge without our knowledge."

Pope said the family member, who is homeless, then left the home without their knowledge while they were having a barbeque in the backyard with their children.

"We had a clean safe home for our children. We just tried to help a family member take a shower and unfortunately this is the result. We are good parents and would never put our babies in danger. It could of (sic) happened to anyone if we would have known we would have done everything possible to keep our baby boy alive."