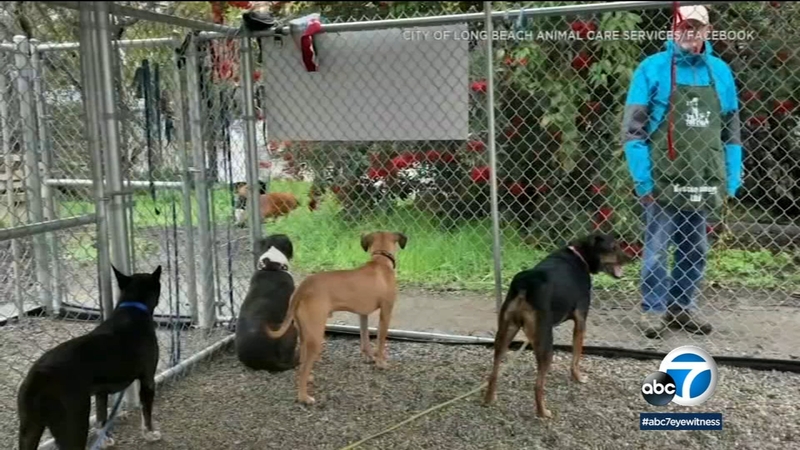 LONG BEACH, Calif. (KABC) -- The Long Beach City Council is considering whether to adopt a no-kill policy for the city's animal shelter.

A heartfelt fight in Long Beach to save as many animals as possible at the city's animal shelter continued at a special city council meeting Tuesday. Animal rights activists lobbied for and against the proposed policy.

"No-kill just means exactly that. That we save healthy and treatable animals and that we put down animals that need to be put down because of their health, injury," she said.

Both sides debated the proposal, with those pushing for the facility to be designated a no-kill shelter asserting that more lives would be saved. Supporters say only animals that are severely sick or have behavioral issues would be euthanized.

"Probably would've been taken to the pound and euthanized. And that would've been distorted because she's such a great cat," Long Beach resident Lori Symons said.

Those opposed, including PETA, say the move would require the shelter to end its open admission policy. Opponents claim it would leave more animals to die out on the streets.

"The public has been mis-educated by just this simple slogan 'no-kill' because none of us want to see animals put down," Wendolyn Aragon of the Pet Assistance Foundation said.

The city council is considering a so-called "compassion saves" approach, which would keep admissions open.

"Often, when you close the shelter admission, there's an increase in the number of strays just dropped off at parks near the shelter, and that's not great for public safety," City Councilmember Stacy Mungo Flanigan said. "So what we're here to do is to make sure the community stays safe and we save all the animals possible."