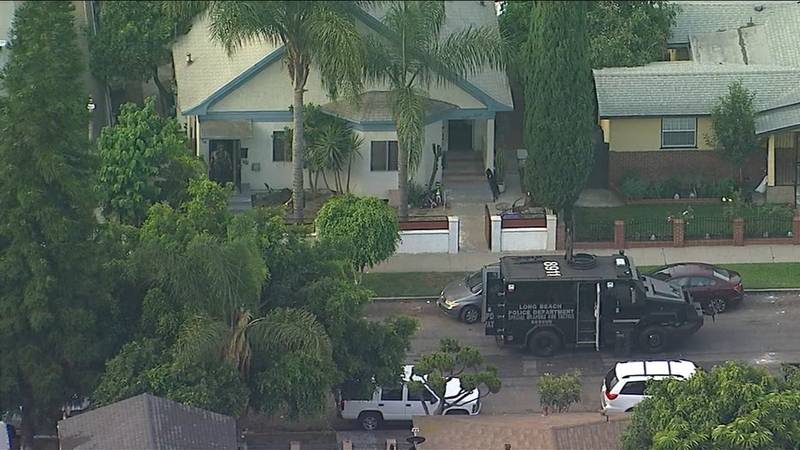 LONG BEACH, Calif. (KABC) -- A standoff at a home in Long Beach on Tuesday morning ended when a police SWAT team took into custody a man suspected in an armed carjacking that had occurred hours earlier, authorities said.

The carjacking was reported shortly before 3:30 a.m. in the area of Anaheim Street and Santa Fe Avenue, a police spokesperson said.

According to investigators, the carjacker took the victim's cellphone along with the vehicle. The owner was able to track the mobile device by using a "find my phone" app.

The information led authorities to the 1500 block of Summit Street, where a man fitting the suspect's description ran into a house and barricaded himself, officials said.