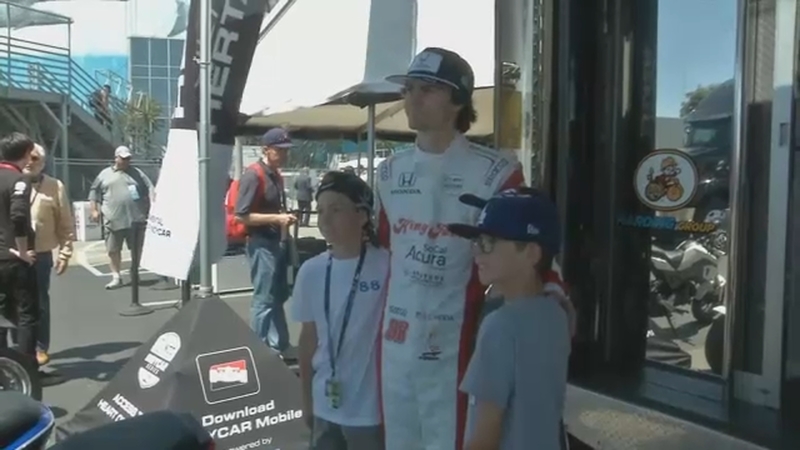 LONG BEACH, Calif. (KABC) -- It's still known by its nickname "the roar by the shore," but this year it has a new official name: The Acura Grand Prix of Long Beach.

"Long Beach Grand Prix is a very historical race. It's been a big part of Southern California, and to have Acura be the title sponsor of it now is very good," said Jon Ikeda, Acura brand manager.

It's a win-win, in a way. The decades-old street race gets a title sponsor with a strong Southern California car connection. And Acura gets to not only show off its name, but the flagship NSX supercar.

When Long Beach race veteran Helio Castro-Neves isn't giving hot laps to VIPs in one of the bright orange NSX pace cars, he's out on the track competing in the WeatherTech IMSA Series Penske-Acura entry. He knows this place is special.

"Because I've been here for so many years, I hear people saying like 'Oh, my dad used to bring me here' or 'I used to watch you here,' so it's cool to see," said Castro-Neves.

But for the fans, the name of the race isn't that important. They just want to be here.

"I started in 1992 when I was dragged here by two friends, and I never look back, I come every year. This year will be 27 years in total," said Ralph Aguilar of Los Angeles.

"I've been coming here for three years. And because we live in San Bernardino, we make a whole weekend of it," said Lisa D'Amico, who had just taken a selfie with IndyCar driver Ryan Hunter-Reay.

While the entire weekend's event is sponsored by Acura, local food favorite King Taco is sponsoring rookie IndyCar driver Colton Herta's car for Sunday's race. And if he should win, fans attending the race will win too.