"I was really devastated." Long Beach little league players say they're disappointed to hear about the fire.
KABC
By Jaysha Patel 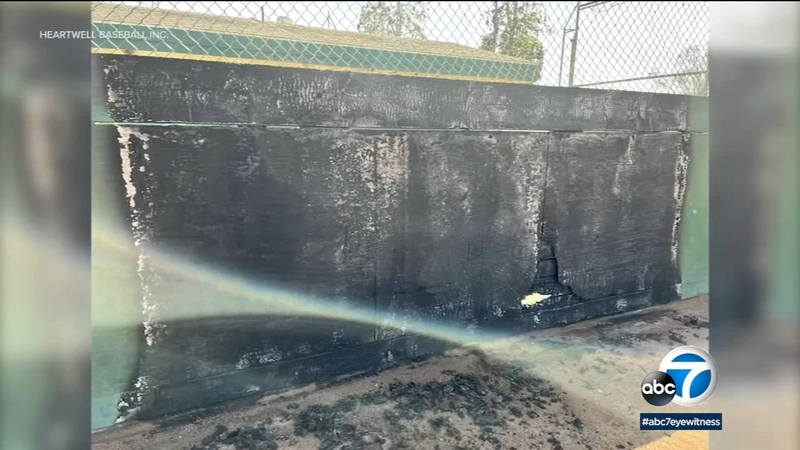 Heartwell Baseball Inc. is a nonprofit organization that's made up of volunteers who maintain the field and park so kids can play.

"Primarily these fields that we have here that were damaged due to fire was primarily serving four to five-year-old's and our players with disabilities," said Daniel Martinez, Vice President of facilities for Heartwell Baseball Inc.

Baseball players say they're disappointed to hear about the damage.

"I was really devastated. I was at school. I was like, 'That is impossible. Why would someone want to do that to a field where kids want to play here and feel safe,'" said Jake Spaulding, a baseball player with Heartwell Baseball.

The new backstop was put up just three months ago by volunteers after hours of work.

The baseball players still have ten games left in the season.

Heartwell Baseball Inc. created a GoFundMe to replace what was damaged and to install cameras. They say the current cameras at the park do not work.

The Long Beach Fire Department says there have been a total of three fires at the park recently. They say the investigation into the baseball field is ongoing.