3 UCLA basketball players out on bail, under house arrest in China

Three UCLA basketball players are out on bail Wednesday but under house arrest after being accused of shoplifting in China.

LOS ANGELES (KABC) -- Three UCLA basketball players are out on bail Wednesday but under house arrest after being accused of shoplifting in China.

The three are accused of stealing expensive sunglasses from a Louis Vuitton store next to their hotel, the Hyatt Hangzhou.

They have since been released on bail but ordered to stay in their hotel rooms until the matter is resolved.

News of the arrests spread quickly on the UCLA campus and so is the frustration with the three young players.

"It's unfortunate. They should be smarter than that. We're obviously going to miss them for the first game. I don't believe they're going to be playing," said Korosh Bahrami, a UCLA student.

The arrests came just days before the season opener against Georgia Tech.

"It's already gotten so much media attention. We just hope that the damage is going to be held to as much as a minimum as possible," said Martin Redlicki, a UCLA student athlete.

LiAngelo Ball's father, LaVar Ball, insists the incident is not as bad as it sounds.

"It'll be fine. Everybody is making a big deal. It ain't that big a deal," LaVar Ball said.

Lonzo Ball said he hasn't spoken with his brother yet, and he's counting on his dad to handle the situation.

"I know they are all over there in China trying to take care of it, so I'll talk to them when they get back," Lonzo Ball said.

How serious the case is could depend on the value of what was allegedly taken, but some experts think the Chinese may just kick the players out of the country.

"Basically if they don't just get rid of it right away and tell them to leave the country, what probably will happen is they'll hold them for a while, and then they'll sentence them to time served," said Justin J. Shrenger, an attorney.

Back on campus, the real damage may be to UCLA. The pristine Bruin image has been tarnished - whether the players are charged or not.

UCLA authorities said they are cooperating fully with Chinese authorities.

Meanwhile, the basketball coach has made it very clear that the three players involved are benched for now, and they will definitely not be appearing in the upcoming game against Georgia Tech. 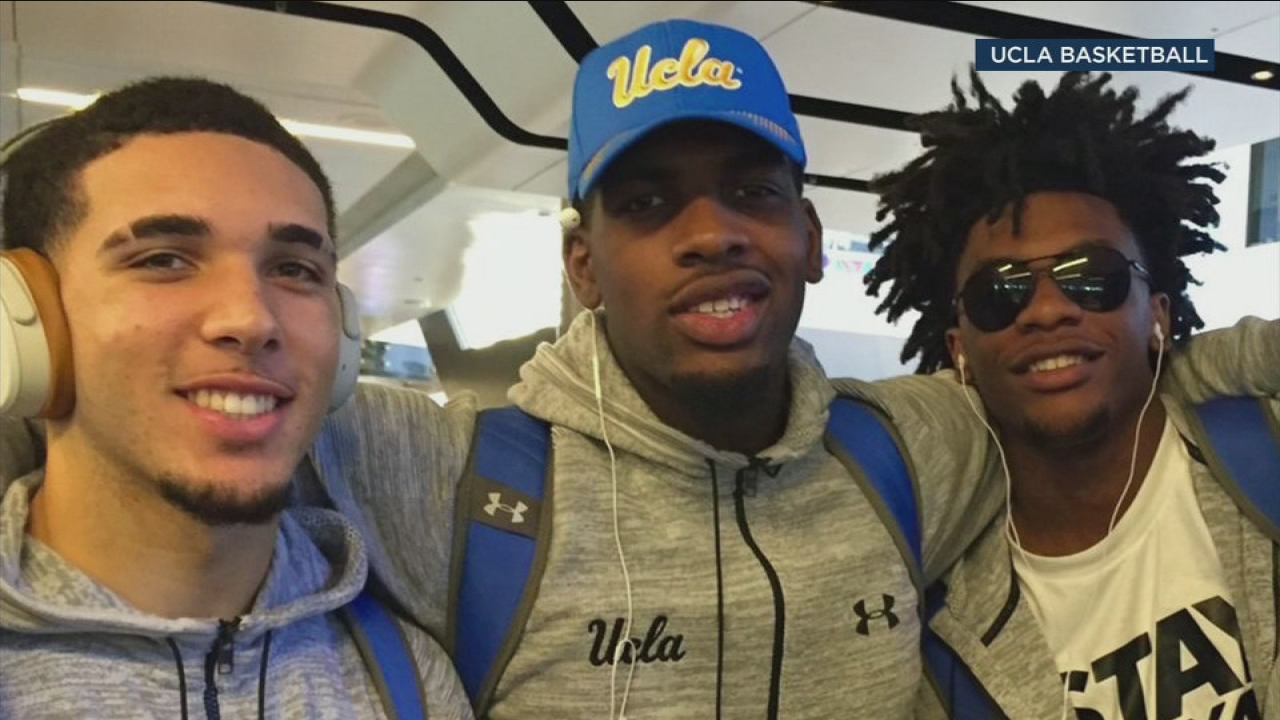