The suspect is in jail on $85,000 bail and will be arraigned next Tuesday.
KABC
By Sid Garcia 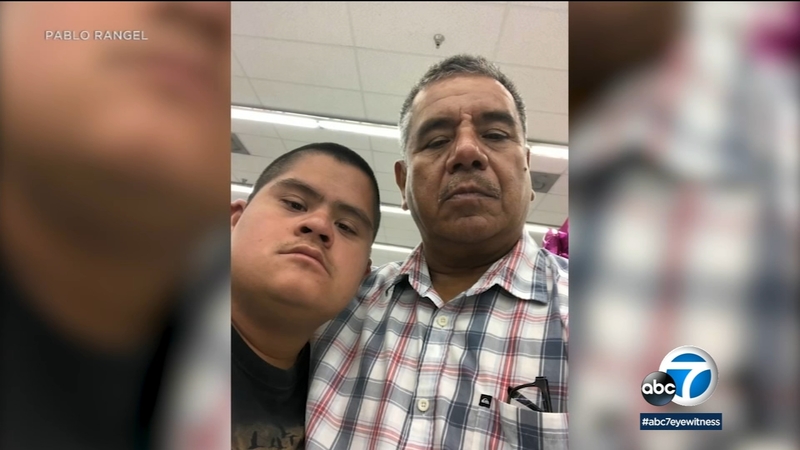 LOS ANGELES (KABC) -- The suspect accused of stealing an Amazon truck that crashed and killed a street vendor Thursday afternoon in South Los Angeles is in custody on felony hit-and-run charges.

Los Angeles Police Department Detective Juan Campos said he reviewed the dashcam video from the stolen truck. Sanchez was driving around 33 mph when the truck hit the parked car, and he was likely distracted and his eyes were not on the roadway, which is not enough to show gross negligence, Campos explained.

Sanchez was booked for felony hit-and-run.

The crash happened on the 4800 block of South Main Street around 2 p.m.

Sanchez got inside the truck and took off while an Amazon driver was making a delivery, police said. He crashed into a couple of parked cars before hitting the three people, according to investigators.

The victim killed, 67-year-old Jose Rangel from San Pedro, was set up along the street selling tools when the delivery truck hit him. Rangel was killed, and the two others hit were not seriously hurt.

A suspect who allegedly stole an Amazon truck hit and killed a street vendor in the South Park neighborhood of South Los Angeles, investigators say.

Rangel's family, including his son who flew in from Houston Thursday night, came by the crime scene early Friday morning for a briefing by LAPD detectives.

Rangel earned his living selling tools along Main Street. His family says they're thankful for all the support from those who knew him. They want justice for what happened to him.

"Right now, we are just coming together as a family and trying to stay strong in this time that is so unexpected," Rangel's son said.