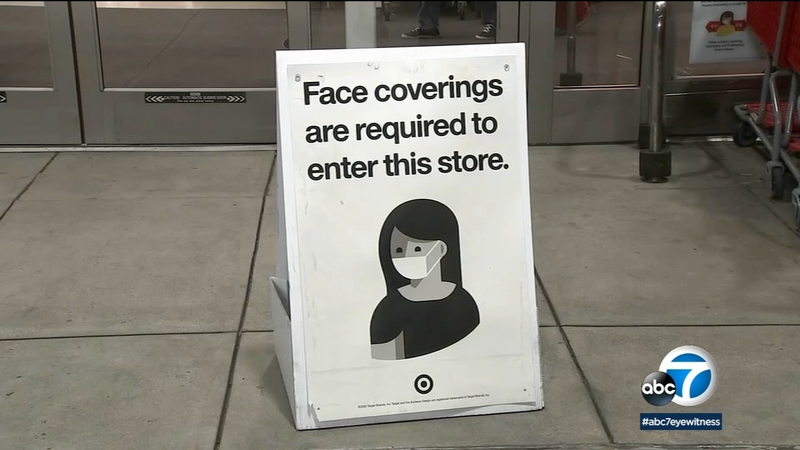 LOS ANGELES (KABC) -- As people prepare for the weekend, Los Angeles County is reporting 5,000 new COVID-19 cases and five new deaths, statistics that can move the county to a point where residents will need to mask indoors.

Plus, if the Centers for Disease Control and Prevention signs off on vaccines for young children Saturday, the county says it has 900 vaccination sites prepared and ready to administer the shots.

Many business owners say reinstating mask-wearing puts them between a rock and a hard place.

"I think it's tough," said Aaron Han, daily operations manager at Han's Beauty Store. "As far as our staff, we're happy to wear masks. We're all vaccinated, but as far as having our customers do it, it's tough."

It's been several months since the staff at all the Han's Beauty stores in the San Gabriel Valley have had to remind customers to wear a mask.

"The current estimate has us reaching that high community level threshold by the end of June," said L.A. County Public Health Director Dr. Barbara Ferrer. "Should there be a change in the rate of increase among hospital admissions, the date could be earlier or the date could be later."

Universal masking would be reinstated a couple of weeks after that, and not many customers are welcoming the idea.

"If we have to, we have to, but it would be nice if we can get this thing over with and we can move forward," said Rick Ursitti of Altadena.

"We can only do so much to make everyone comfortable on both sides," said Han.

As people hope for the best, parents are sensing a sigh of relief as the CDC is expected to sign off on COVID vaccines for children between six months and five years old.

Emergency use authorization for the Pfizer and Moderna shots for that age group could come on Saturday.

Vaccines are poised to be administered next week.

The Food and Drug Administration gave its official stamp of approval, saying both vaccines appear safe and effective despite mild symptoms like irritability and fever.

"We know that many parents, caregivers and clinicians have been anxiously awaiting [Friday's] authorization," said FDA Commissioner Dr. Robert Califf.

The FDA's official authorization came early Friday, but the CDC still needs to issue its official recommendations before any shots can be administered.

The White House estimates vaccines will be administered as early as Tuesday.