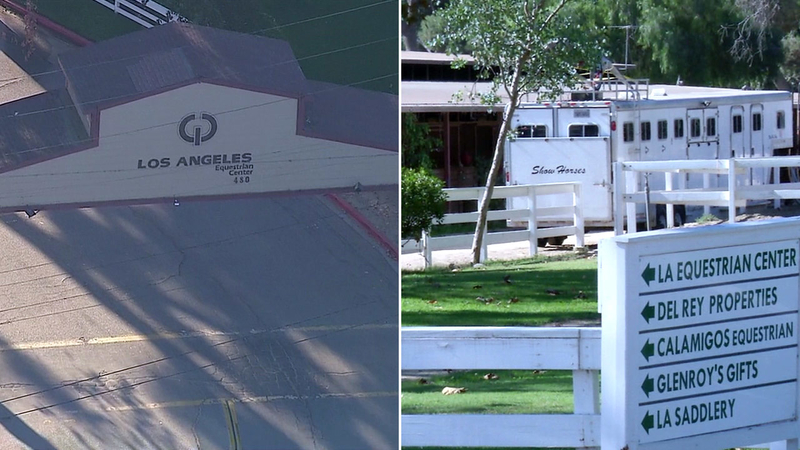 BURBANK, Calif. (KABC) -- Horses at the Los Angeles Equestrian Center in Burbank were placed under quarantine after an outbreak of a deadly virus, ABC7 has learned.

The California Department of Food and Agriculture reported an outbreak of myeloencephalopathy, also known as equine herpes virus.

The virus attacks a horse's nervous system and can be debilitating and even deadly.

A sick 5-year-old saddlebred displaying severe neurological symptoms was euthanized on Wednesday, according to the CDFA.

"It was clinical with neurological signs," Dr. Katie Flynn with the California Department of Food and Agriculture explained. "That one initial horse went downhill pretty quickly and was euthanized due to the severity of the signs."

A 10-year-old saddlebred was also diagnosed, the CDFA stated.

Officials said two horses were at a show in Las Vegas on Oct. 27 and returned to the Los Angeles Equestrian Center on Sunday.

"Equine herpes virus is a common disease. It is a condition that in some of these horses they can go neurologic," Flynn said.

While the virus is common, equine health experts said it was rare that horses died from myeloencephalopathy.

"It's extremely rare that we lose horses from this viral infection," equine veterinarian Dave Wheat said.

The CDFA issued a quarantine for dozens of horses in hopes of containing the outbreak. The virus is not transmittable to humans, according to officials.