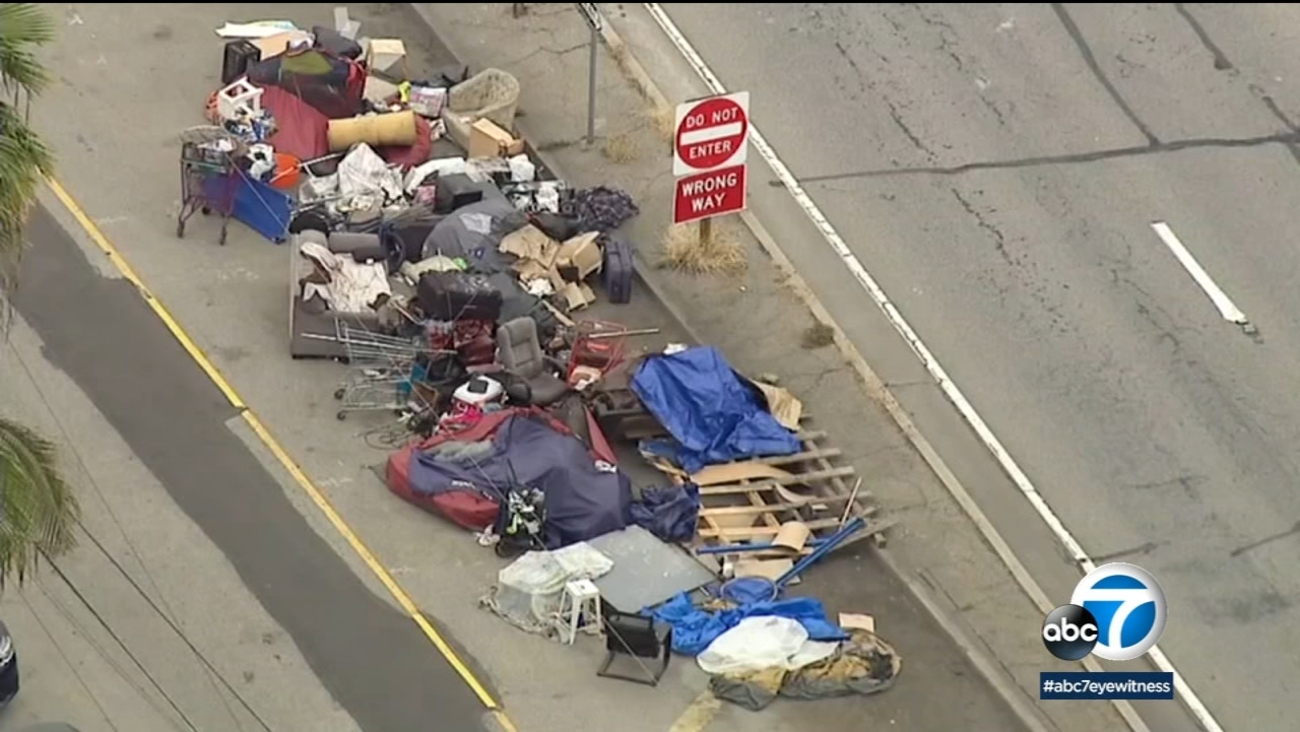 DOWNTOWN LOS ANGELES (KABC) -- There is a petition to recall Los Angeles Mayor Eric Garcetti for the homelessness crisis plaguing the city.

The recall effort, which was started by Alexandra Datig, would need signatures from 10% of registered voters to move forward. Organizers are calling for 350,000 signatures, with about 3,200 as of Friday morning.

Homelessness increased by 12% in Los Angeles County and 16% in the city of Los Angeles in 2019, according to the results of an annual count that was delivered to the Board of Supervisors last week.

The year-over-year increases reflected a homeless count of 58,936 countywide and 36,300 in the city.

By comparison, the Los Angeles Homeless Services Authority reported an approximate 4% decrease in homelessness in L.A. County last year.
RELATED: Scope of growing problem can be seen in aerial tour of city

Earlier this week, Garcetti issued an open letter to residents, defending the work being done by the city to address the problem while saying he takes "full responsibility'' for the city's response to the issue.

Now, the most recent statewide data shows that California has 129,972 homeless residents, making our current homelessness crisis the second-worst disaster we've ever seen in the Golden State.
And one week ago, we received the sobering news that L.A.'s homelessness crisis is getting worse. There are now 36,300 homeless Angelenos in our city - a 16% increase over last year.