Nearly a month after local protests turned violent in the wake of George Floyd's death, a task force in Los Angeles is trying to find those responsible for looting and damaging property.
KABC
By Rachel Brown 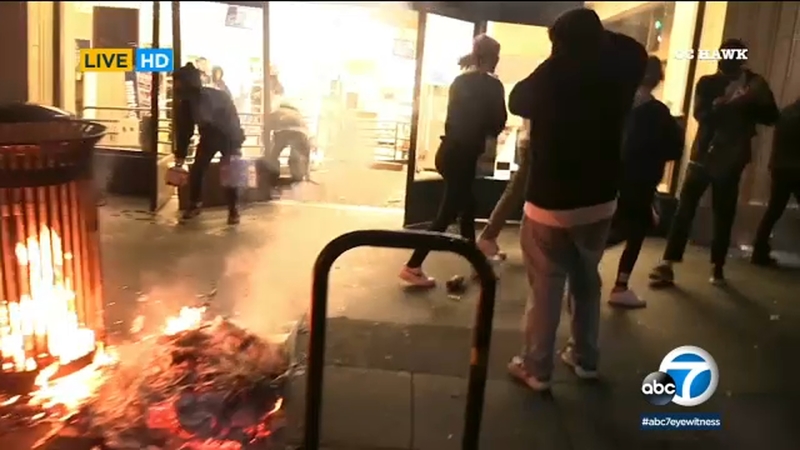 The Safe LA Task Force was formed in early June in response to the destruction.

"We are going to hold people accountable for any criminal acts of federal violations," said Voviette Morgan with the FBI.

The task force is focused on crimes, including attempted murders of officers, looting, burglary, robbery, vandalism, arson and assaults with deadly weapons.

The LAPD and FBI have launched a web page asking for tips to find suspects.

It is a task made more challenging in the age of COVID-19 when many are wearing face coverings.

"Face coverings are causing a problem with identification of individuals. However, there are other things that are visible, the clothing, their height, weight, proportions, any scars or marks that are visible," said LAPD Deputy Chief Kris Pitcher.

After the killing of George Floyd, tens of thousands gathered to protest his death, and to protest police brutality.

Police believe many of the suspects drove to demonstrations against racial injustice, and in the guise of protesters, used the moment to steal, damage and destroy.

"Individuals should not have to have their constitutionally-protected rights hijacked by individuals committing criminal activity," Morgan said.

PHOTOS: Fairfax District the morning after a night of violence