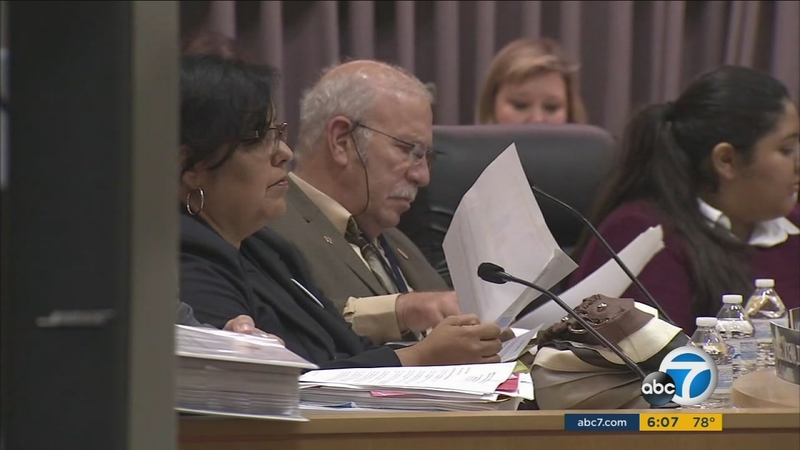 LOS ANGELES (KABC) -- A city commission approved a raise of 174 percent for Los Angeles Unified School District board members who are not employed elsewhere.

Part time members with other paying jobs outside of their board duties will get $50,000 a year, almost doubling their previous salary of $26,000. Board members with only LAUSD jobs will see their salary jump from $46,000 to $125,000 a year.

Lupita Sanchez Cornejo, who chairs the LA Board of Education compensation review committee that approved the raises, said the decision was unanimous.

"When we heard testimony that talked about the hours that they spend, easily over 40, 50, 60 hours in school district business, it was logical. Everyone agreed," she said.

Sanchez Cornejo said committee members discussed increases for board members in 2007, but the economy at the time deterred them from making the move.

Cornejo also said board members made less than their chiefs of staff while they managed one of the largest school districts in the country.

"The District has over 734,000 students that they're responsible for. As a parent myself, as a Angelino, I want a school board member that is accessible and is available 24-7," she said.

LAUSD Board President Dr. Ref Rodriguez released the following statement about the raises:

"We thank the LAUSD board of education compensation review committee for engaging in a thoughtful and comprehensive process that ultimately supports our continued efforts on behalf of the students, families, and school communities we serve."

The board member raises should go in effect in two months.