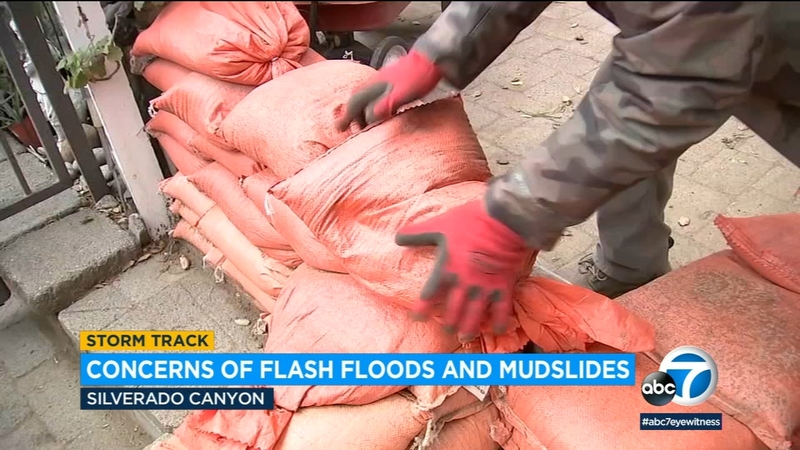 ORANGE COUNTY, Calif. (CNS) -- After a week of generally above-average temperatures, rain fell on much of the Southland Monday, making for a wet morning drive and prompting concerns of possible flooding in Orange County hillsides.

The flooding fears prompted Orange County to issue a mandatory evacuation order for the Silverado, Modjeska and Williams canyon areas, which later was downgraded to an evacuation warning. That warning expired at midnight.

The National Weather Service had issued a flash flood watch for the Bond, Apple and El Dorado fire burn areas, which includes the Silverado, Modjeska and Williams canyons. Forecasters said heavy rain was possible in the mountain areas, and residents nearby "should prepare for potential flooding impacts."

"Heavy rainfall could trigger flash flooding of low-lying areas, urbanized street flooding and debris flows in and near recent wildfire burn scars,'' according to the NWS.

Many people are keeping a close eye on areas prone to flash flooding as an early spring storm brings snow to the San Bernardino mountains.

Forecasters said the storm will linger over the region until early Tuesday morning, "bringing widespread rain, high elevation snow, and gusty winds. There will also be a chance of thunderstorms capable of producing heavy downpours and small hail later this morning through this evening."

Light rain fell in coastal areas early Monday, gradually increasing in intensity through the morning rush hour and spreading eastward. Forecasters said rainfall rates were generally below an inch-per-hour in most areas in Los Angeles County.

Wind advisories were in effect until 10 p.m. in the Antelope Valley, Santa Monica Mountains Recreational Area and the Santa Clarita Valley.

A winter storm warning was in effect for the L.A. County Mountains, excluding the Santa Monica range, until 6 a.m. Tuesday.

The bulk of the weather system is expected to move out of the area by early Tuesday morning, "but there could be some lingering (mountain) showers persisting in the morning."

Drier conditions are expected by later Tuesday and Wednesday, with a "slight'' chance of some more rain on Thursday, following by warming conditions on Friday and Saturday.