9 injured after balcony at beachfront Malibu home collapses, plummets onto rocks below 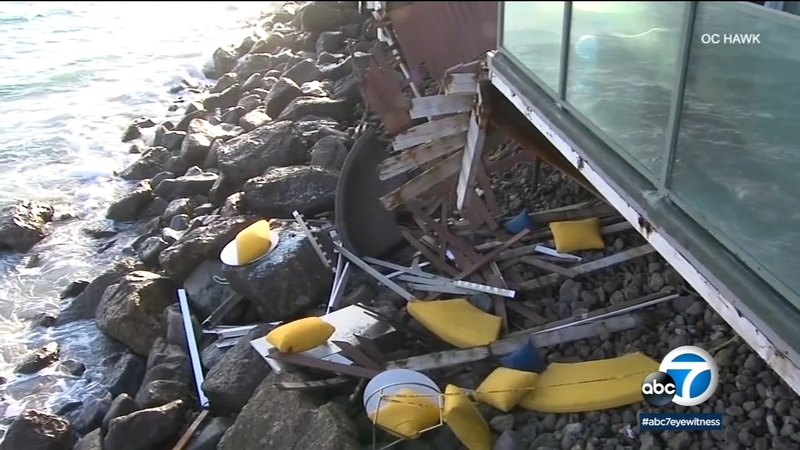 MALIBU, Calif. (KABC) -- Nearly a dozen people were injured, four of them hospitalized, after a balcony at a Malibu home collapsed onto the beach Saturday.

The Los Angeles County Fire Department responded to the collapse shortly after 5 p.m. in the 20500 block of W. Pacific Coast Highway.

Witnesses say they had gathered for a birthday party when the celebration took a terrifying turn.

"(There were) probably like 10 people on the back deck and we heard a crack and I literally saw all of my best friends and my girlfriend fall 15 feet to the rocks," said one man.

A total of nine people were evaluated for injuries, including four who were taken to the hospital. Details on the extent of their injuries were not available, but none of them seemed to be life-threatening.

"It was a freak accident. I don't know how that happens...the deck literally just gave out," the witness added.

Investigators say the deck's integrity, combined with the weight of too many people, likely caused it to collapse, sending the victims crashing to the rocks below.

"Down below are jagged rocks, large rocks, so a very dangerous situation and fortunately, no one was hurt seriously or killed," said Captain Ron Haralson with the fire department.