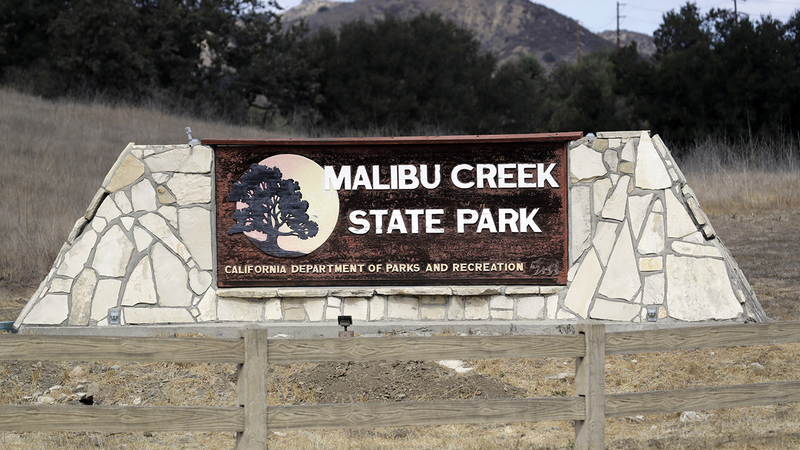 LOS ANGELES (CNS) -- A man accused of murdering a research scientist in Malibu Creek State Park was convicted Thursday on separate charges of attacking two Los Angeles County sheriff's deputies while he has been in custody.

Jurors convicted Anthony Rauda, 45, of two felony counts of battery with injury on a peace officer.

Deputy District Attorney Antonella Nistorescu told the panel in downtown Los Angeles during her opening statement that the defendant became "angry and rageful" and punched a male sheriff's deputy in the jaw area after a March 30, 2020, hearing in which Superior Court Judge Charlaine Olmedo refused to let the defendant represent himself.

Rauda also attacked a female sheriff's deputy in Men's Central Jail with a shaved-down pencil after a contentious court hearing on March 16.

Anthony Rauda has entered a not-guilty plea in the killing of Tristan Beaudette, a father who was camping with his two daughters at Malibu Creek State Park.

Both of the attacks were captured on surveillance video and shown to jurors during the prosecution's opening statement.

Rauda is awaiting trial separately on a charge that he murdered 35-year-old Allergan scientist Tristan Thomas Beaudette of Irvine, who was shot at about 4:45 a.m. June 22, 2018, while camping in a tent with his then 2- and 4-year-old daughters, who escaped injury.

He is also facing 10 counts of attempted murder -- Beaudette's daughters are among the named victims -- along with five counts of second-degree commercial burglary involving a series of crimes dating back three years.

Rauda has a string of convictions for weapons-related offenses dating back to 2006, according to the criminal complaint filed against him in the murder case in January of 2019.

Prosecutors allege that Rauda carried out attacks dating back to November of 2016, when he allegedly wounded a man who was sleeping in a hammock in the Malibu State Park area. He allegedly fired into the sleeping area of a vehicle less than a week later.

Rauda is also charged with shooting into vehicles, but not injuring anyone, on three occasions in 2017 and shooting at a Tesla on Las Virgenes Road four days before Beaudette's killing. He is additionally accused of a series of commercial burglaries committed between July 27 and Oct. 9, 2018.

He was arrested in October of 2018 after a series of large-scale manhunts in the area for a rifle-toting culprit suspected in multiple food heists in the Calabasas area, including an early morning burglary at the Agoura Hills/Calabasas Community Center, where someone smashed a vending machine and stole food.

Rauda was allegedly carrying a rifle when he was arrested in a ravine about a mile and a half north of Mulholland Highway west of Las Virgenes Road in the Malibu Canyon area, after deputies combing the area spotted fresh boot prints and tracked him down.

Authorities say Rauda had been captured on surveillance video in one of the crimes carrying a rifle and wearing what sheriff's investigators described as "tactical gear." The suspect in all of the heists stole food, detectives said, suggesting the man was living off the grid in the wilderness, carrying out the burglaries when he needed sustenance.

He was sentenced in December of 2018 to six months in jail for gun and ammunition violations, a sentence set to run consecutively with an earlier 160-day sentence for a probation violation.

In a statement released after Rauda was charged with Beaudette's slaying, the Los Angeles County Sheriff's Department said evidence had been developed and gathered "incriminating Rauda as being responsible for a series of armed burglaries, multiple shooting incidents, and the murder of Tristan Beaudette."

"A concentrated effort by detectives to unearth the past activities of Rauda correlating with this investigation has revealed that he apparently acted alone during this identified crime spree, stretching from November of 2016 to October of 2018. No similar crimes have been reported in the area since the October 2018 arrest of Rauda," according to the statement.