65-year-old man in grave condition after being struck by hit-and-run driver in South L.A., police say 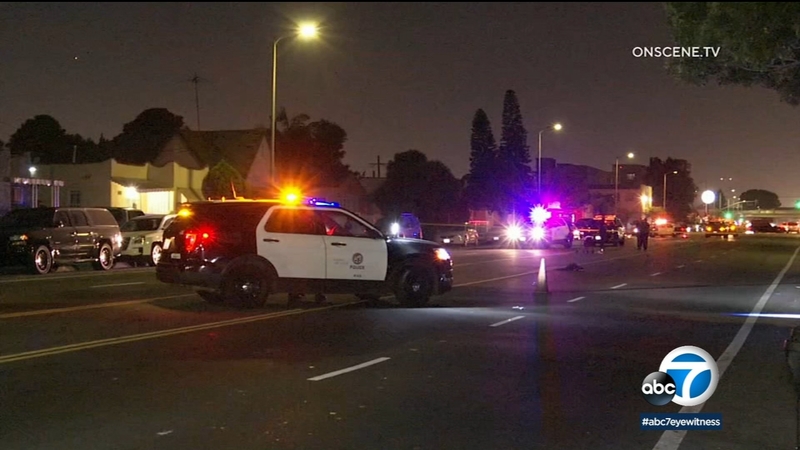 SOUTH LOS ANGELES (KABC) -- A 65-year-old man was in grave condition Tuesday after being struck by a hit-and-run driver in South Los Angeles the previous evening, police said.

The crash occurred at about 10:25 p.m. Monday at Century Boulevard near Main Street.

Los Angeles police said a vehicle was traveling westbound on Century Boulevard and hit the man. The driver remained at large after fleeing the scene.

It appeared the victim was using a walker when he was struck crossing the street.

An LAPD news release initially said the man suffered major internal injuries and later died at an area hospital. A police spokesman later described the victim's condition as grave but confirmed he was alive.

Despite preliminary reports, police added, the victim was not struck by a second hit-and-run driver.

The suspect's vehicle is described as a sedan, possibly a Honda, according to police.

The victim has not yet been identified.

A $25,000 reward has been offered in the case. Anyone with information about the collision is asked to contact Detective Moreno or Detective Flannery of the LAPD's South Traffic Division at (323) 421-2500.
Report a correction or typo
Related topics:
south los angeleslos angeles countyhit and runman injuredcrash
Copyright © 2021 KABC-TV. All Rights Reserved.
More Videos
From CNN Newsource affiliates
TOP STORIES