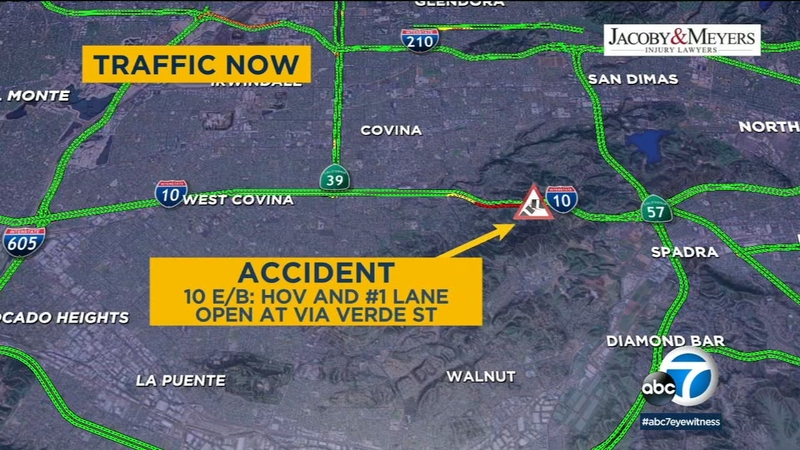 SAN DIMAS (KABC) -- A man was killed during an early morning crash involving a semi-truck and an SUV in San Dimas, authorities said.

The crash was reported just before 3 a.m. Monday along the eastbound lanes of the San Bernardino (10) Freeway at Via Verde Street, according to the California Highway Patrol.

The semi-truck was described as a tanker with about 80,000 pounds of gasoline but none of the fuel was leaking, according to a CHP log.

All lanes have since reopened.