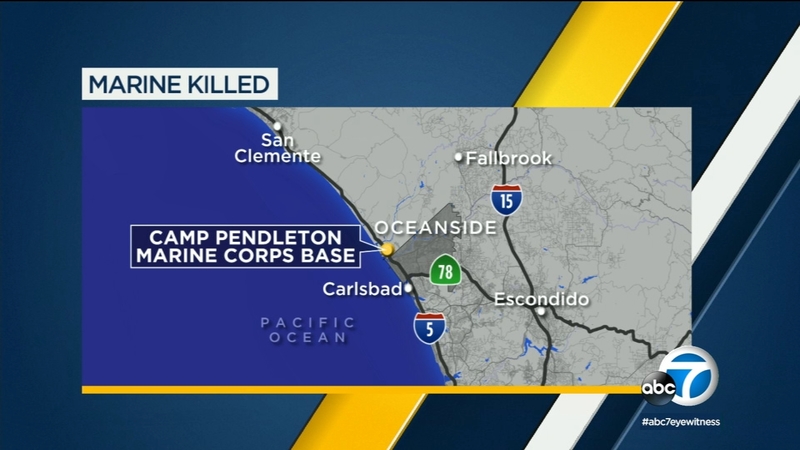 CAMP PENDLETON (KABC) -- A U.S. Marine was killed in a tactical-vehicle accident at Camp Pendleton.

The serviceman, identified as 29-year-old staff Sgt. Joshua Braica of Sacramento, was one of three members of the elite Marine Raider Regiment involved in the accident Saturday, according to Maj. Nicholas Mannweiler of U.S. Marine Corps Forces, Special Operations Command.

The vehicle that Braica was in rolled over during a training exercise. Braica was airlifted to a trauma center, where he was pronounced dead Sunday night, Mannweiler said.

The other two patients were treated for minor injuries.

Further details on the single-vehicle accident were not immediately available. An investigation into its cause is ongoing, according to Mannweiler.

Braica served in the Marines for more than eight years. He is survived by his wife and son.