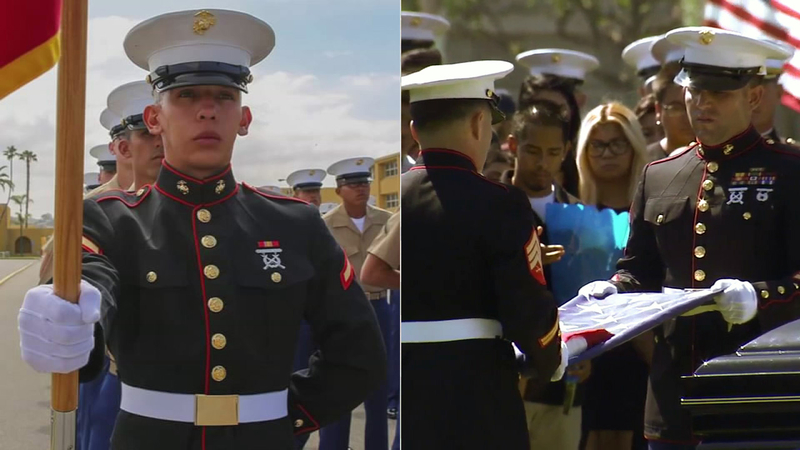 DOWNTOWN LOS ANGELES (KABC) -- Family and friends gathered to say goodbye to a Marine who was shot and killed in South Los Angeles while on military leave from Camp Pendleton.