Marines cleared of 2007 murder in Afghanistan exonerated by top brass 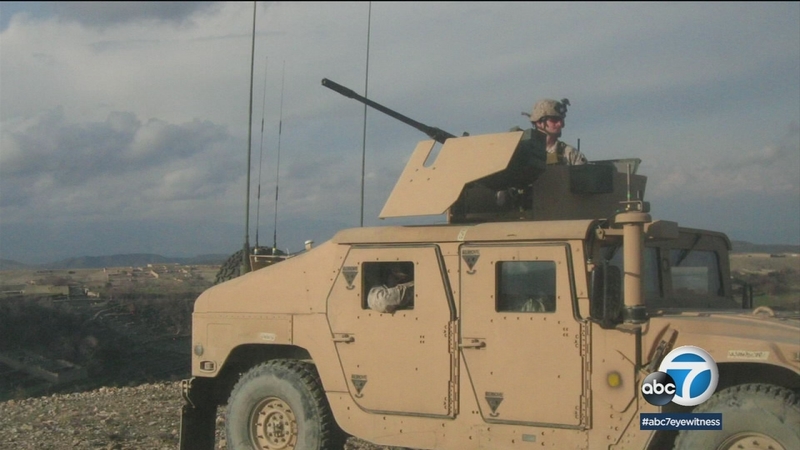 LOS ANGELES (KABC) -- Marines who came to be known as the MARSOC 7 were finally exonerated for crimes they didn't commit more than a decade ago.

The group of U.S. Marines were ambushed in Afghanistan in 2007, but then falsely accused of killing innocent women and children.

Former Marine Major Fred Galvin was the commanding officer at the time. He spoke with Eyewitness News Wednesday night over Skype.

"The seven of us - yeah it means a lot. When you're accused of something this heinous and awful, and every country and every religion despises the killing of innocent women and children. It's awful. Having that end today, after 11 years of that stigma, is incredible," he said.

Eyewitness News first introduced the public to the Marines' story in December 2015, when Galvin and several of his former Fox Company Marines were still struggling.

"When the accusations are homicide - 19 counts - a lot of people aren't going to hire somebody like that," Galvin said.

Technically they were exonerated of wrongdoing but never declared innocent. News outlets were still reporting that they had murdered civilians. But finally, their requests were answered with a letter with very important words from the Commandant of the Marine Corps.

"That we acted with sound military judgement. That is very, very important," Galvin said.

Now, their hope is that former Marines, who haven't been able to find work because the false information still lingers in their history, can finally begin to leave the battlefield and courtrooms behind them.

"Our Marines were having some very, very challenging times with their work and their personal lives and an ability to get hired just due to the stigma of this. This just means so much to our Marines to allow them to heal and integrate back into society," Galvin said.

Galvin hopes for one more thing. Last year, a new insignia was awarded to members of the Marine Corps Special Operations Command that MARSOC 7 would have been eligible for, but were not able to receive.

He would like to see them receive it in a public ceremony so that everyone can see their innocence and once again he is asking for the public's help to make it happen.
Report a correction or typo
Copyright © 2022 KABC Television, LLC. All rights reserved.
RELATED
Marines cleared of killing Afghan civilians say murder stigma remains
TOP STORIES
Body of 9-year-old drowning victim recovered in Lake Elsinore
'Full House' star Jodie Sweetin shoved by LAPD during protest
Target, Walmart weigh paying you not to bring back unwanted items
LA County sees rise in COVID hospitalizations
8 ejected after wild brawl between Angels, Mariners in Anaheim
At least 730 flights canceled across US on Sunday
$1.4 million Powerball lottery ticket sold at Glendale gas station
Show More
At least 6 dead, 200 injured after stands collapse during bullfight
Heat prompts concern as Jurupa Valley brush fire chars 110 acres
There are many ways to eat healthy amid high food prices, experts say
22 people were found dead in a South African tavern: police
Heat advisory in effect for most of SoCal until Monday night
More TOP STORIES News