'The Women Tell All' features mean girl apologies, closure with 'The Bachelor' Matt 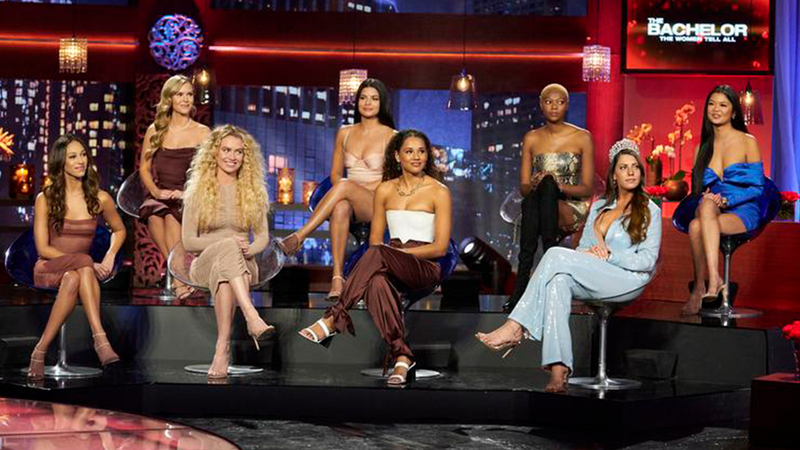 NEW YORK -- Fifteen of the women from Matt James' season of "The Bachelor" returned to talk about their time on the show, all of the drama, and to hopefully get some closure during "The Women Tell All."

Victoria was then ripped for calling some of the women "ho's." Victoria said that the memes about her bra straps and having a sty on her eye were harsh. She thinks that the women being offended, especially Ryan, were being oversensitive.

Victoria apologized for the name-calling to Katie, but then said that it was a learning experience. She also apologized again, and Katie accepted it. Chelsea told Katie that she stirred stuff up in the house and made it toxic. Katie said that she felt like she owed it to herself, Matt, and the environment to bring it up. Serena C. said that she thinks that she just wanted to light a fire.

Brittany and the Rumor
Brittany joined Chris Harrison in the hot seat and talked about how Anna accused her of being an escort. She cried about how hard it was to be around her family or text her friends back. Brittany said the top google results when you search her name are that she's been accused of being an escort.
Anna was on stage, and she apologized again. She said that there is nothing she could say that could justify what she said. "I'm 100 times more sorry," Anna said. Brittnay said that she hoped it was genuine, because Anna had never reached out once they were home in Chicago.

Katie in the Hot Seat

After watching back her time on the show, and reliving her breakup with Matt, Katie got a little emotional. She said she understood his decision and watching the show back, she didn't think she stood a chance because his relationships were further along with other women. Katie said she's 30 now, and she's worried someone won't want her. But, she knows what she wants and that's to be loved.

Abigail in the Hot Seat 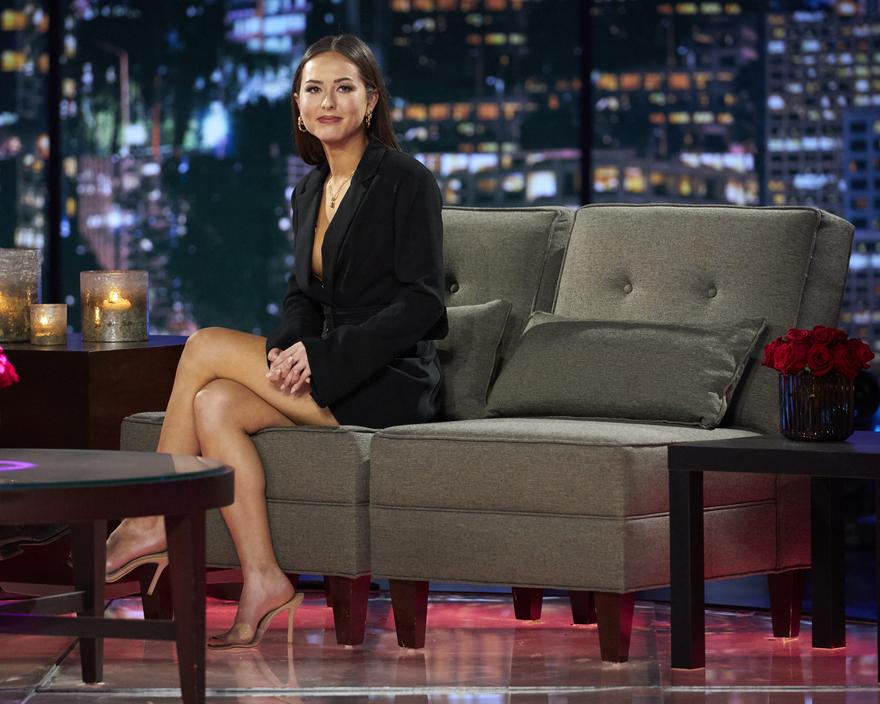 Abigail said that she was on her way to falling in love when Matt broke up with her. She wished she had more time with him. She just wonders if they had a full day together, could she have been among the frontrunners. Abigail has a cochlear implant and says she has been in a gray area where she's not a part of the Deaf community yet she's also hard of hearing. Still, other Deaf and hard of hearing individuals have reached out to her and posted on social media about how inspiring she is. Abigail says she is happy with where she is in her life right now, and that's the important thing.

Pieper in the Hot Seat

Pieper said she found it hard to go from talking to Matt about her family to being suddenly let go. She said that she was definitely in love with Matt, despite saying she was "falling" for him. Looking back, she's not sure if he was completely honest with her about how he was feeling. She said she wasn't glad at the time, but she will never settle again and she's proud of herself for growing and being a part of the show.

Serena P. in the Hot Seat

Chris Harrison told Serena, if I'm being honest, "I thought you might have been the one." She said she felt the same at one point. She thought that seeing her family would reaffirm her feelings would push her over the edge of love and it just didn't happen. A conversation with her mom brought her clarity because she had the feeling in her gut that it wasn't the right relationship for her, and she was afraid to admit it. "I care about him still so much, and the last thing I ever wanted to do was hurt him. Losing him was one thing, but knowing I could be hurting him in the process was just the cherry on the top of me feeling hurt and guilty," Serena said. "I would have been doing him a disservice by staying."

Matt James in the Hot Seat 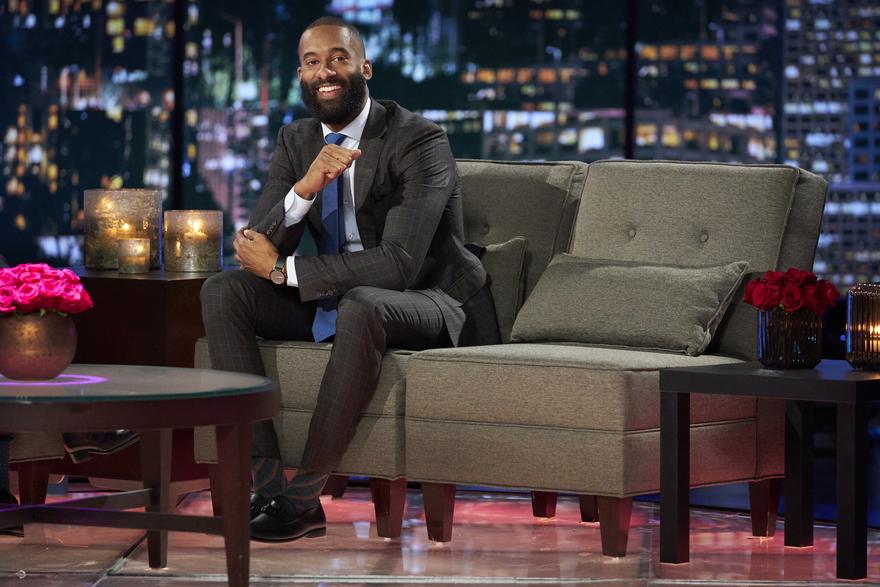 Matt James came out on stage with a very full beard. It was glistening in the lights. He addressed a bit of the drama and mean girl behavior. Victoria confronted Matt for saying, "I have no words for her," etc. She said she was going through levels of pain. He said that when people ask him about her, he has nothing but good things to say about Victoria. Matt told Katie that she set the stage for him to open up with all of the other women with her vibrator entrance. Matt said that he didn't realize that you are supposed to kiss with your eyes closed, and after watching the show back, he realizes it's a bit strange. Matt told Pieper that his relationships moved further along with the other women despite the fact that they had a nice time together.

A peek at the final two episodes of this season of The Bachelor 🌹 pic.twitter.com/P5Bgb6AJbT

Matt takes his final three women, Michelle, Rachael, and Bri on fantasy suite dates. Matt has to start making some tough decisions and decide if he's ready to get engaged to his final woman. They also showed Matt having a very tough discussion with his estranged father. The end of this season proves to be a very tough time for Matt. Let's hope that our "Bachelor" can rally and find love in the end.