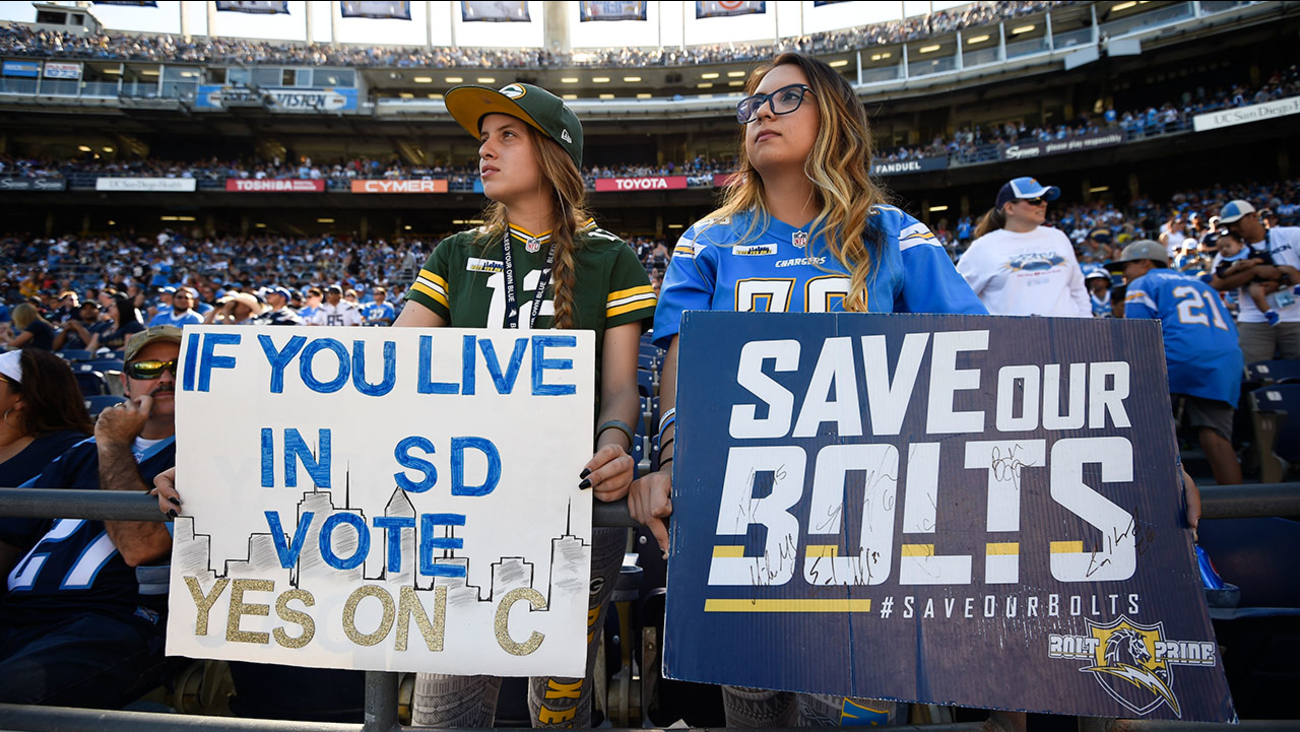 Fans hold signs in support of Measure C to help fund a new stadium for the San Diego Chargers at a game on Sunday, Nov. 6, 2016. (AP Photo/Denis Poroy)

The measure looked to increase the hotel tax from its current 10.5 percent to 16.5 percent.

That would have generated more than $1 billion in additional tax revenue, while the NFL and the Chargers planned to kick in an additional $650 million toward the project.

Measure C needed to receive two-thirds of the vote to pass and pre-election polls indicate it didn't have that level of support from likely voters.

Initial election night results put support for the measure at around 40 percent.