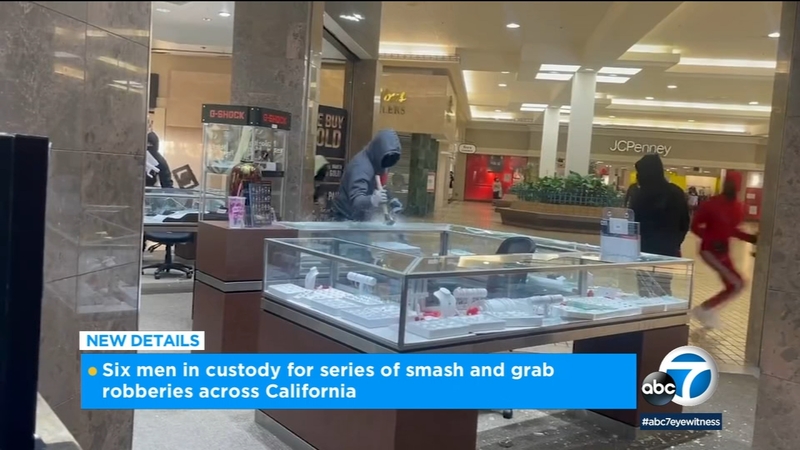 3 arrested in connection to California mall robbery caught on video

MERCED, Calif. -- Six men are now in custody for a series of robberies across California, including one earlier this year at a Merced mall that was captured on video.

On Feb. 8, masked men entered Prestigio Jewelers in the Merced Mall and busted display cases before stealing the jewelry inside.

The men made off with roughly $200,000 worth of jewelry. Investigators at the time said they learned that a group showed up to the mall with masks and hammers, smashed the jewelry cases at Prestigio Jewelers, stole items and then took off.

Since then, Merced police have been working closely with San Jose police and other agencies across the state that reported similar crimes.

Using surveillance video, detectives were able to identify the suspects.

They served search warrants and made six arrests. Three of the suspects are accused in the Merced robbery.

They're identified as Andrew Maravilla-Lopez of Hayward, Maurice Sweet of Pittsburg and Michael Earle of Menlo Park.

Merced police are still searching for 12 more suspects in the mall robbery.