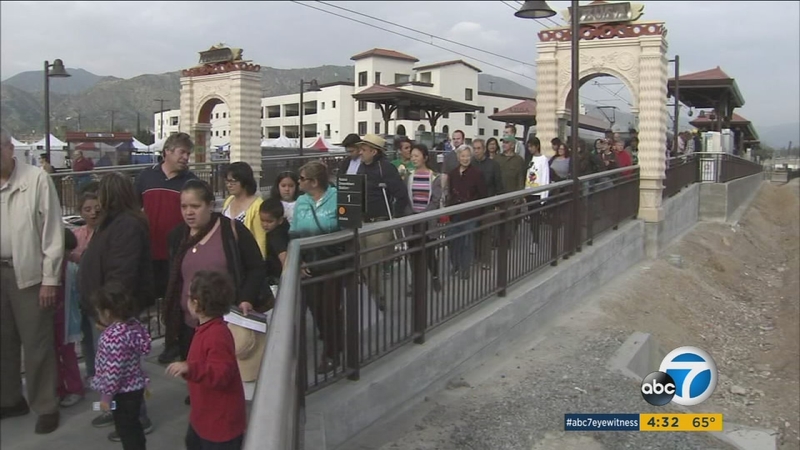 With a ceremonial snip of the scissors, it was official that the Gold Line Extension is up and running.

The new 11.5-mile stretch of rail extends the existing Gold Line from Pasadena to Azusa. Metro was offering free rides, which had thousands of people lining up to take the train to downtown LA and stops along the way.

In Azusa, some curious and excited riders waited for more than an hour to get on the train. Traffic was backed up on Azusa Avenue to allow the full trains to cross the intersection.

The Gold Line now covers 31 miles, the longest in the Metro system.

Los Angeles Mayor Eric Garcetti said come May, when the Expo Line is finished, people will be able to take the train from Azusa to the ocean.

"So you can start all the way in Azusa and get all the way to Santa Monica without ever getting in your car. That reduces congestion for everybody, whether you ride it or not."

For now, people in the eastern San Gabriel Valley look forward to the trips they'll be taking into downtown LA on the Gold Line.

"We waited about 12 years to get this extension," said Catherine Marri, a Monrovia resident. "We bought the house in Monrovia in 2004, and we waited three years, four years, so this is a very exciting day for us."

There are six new stations, including two in Azusa. Others are in Irwindale, Arcadia, Duarte and Monrovia.