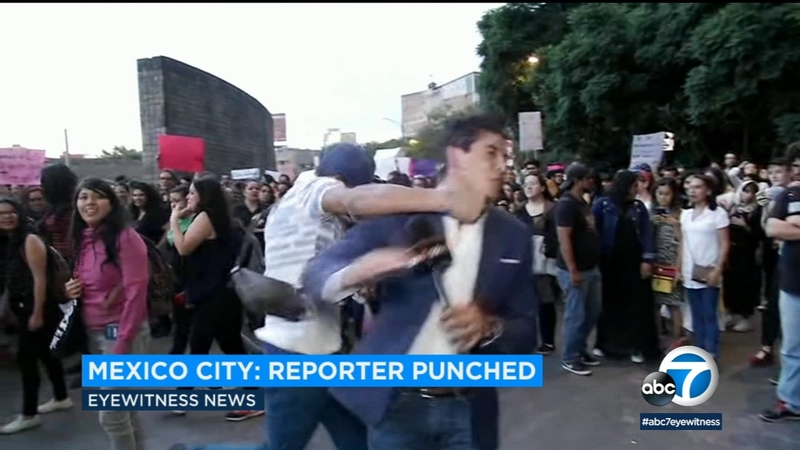 MEXICO CITY (KABC) -- In Mexico, a reporter was violently attacked while covering a protest ... against violence.

The reporter, who works for a CNN affiliate, was covering a demonstration against gender violence in Mexico City.

Without warning and for no apparent reason, a man came up and punched him in the face.

The reporter was knocked unconscious and taken to the hospital, but expected to be OK.

No word on whether the attacker was arrested.