Johnson & Johnson booster shows promise, but could mixing vaccines be even better? 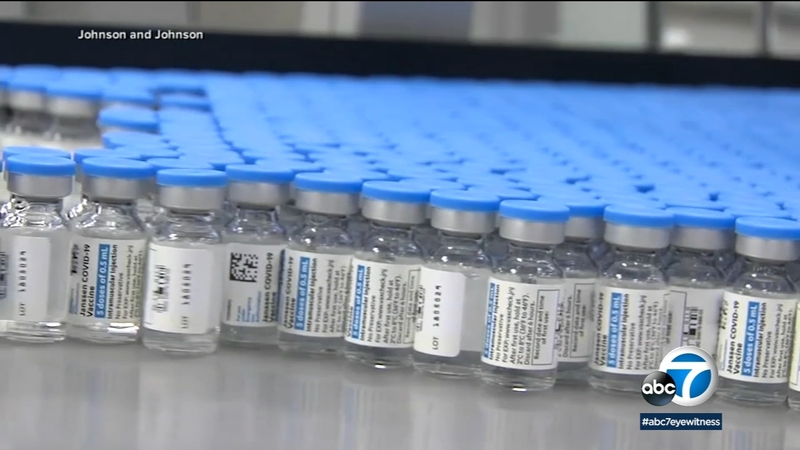 J&J booster shows promise, but could mixing vaccines be even better?

At the same time, some local researchers are trying to determine if combining the different vaccines might provide even more protection.

Emergency Room technician Gianna Cross of Fullerton is one of the first in Los Angeles County to test a Johnson & Johnson booster.

"It felt like the first two. It was fine," she said.

This is her third shot, because Cross got two doses of the Pfizer vaccine in December. Researchers are just beginning to study mixing and matching with different vaccines. But new data released by Johnson & Johnson reveals that boosting a J&J shot with a J&J booster increased antibody levels nine-fold six months later.

"The second time you're exposed to something, whether it's a booster shot or another vaccine, your immune system has memory. And so it actually does generate a more robust response," said Dr. Kenneth Kim of Ark Clinical Research.

Prior research showed immunity levels lasted at least for eight months, which is good news for the nearly 750,000 Southern Californians who received the J&J vaccine. A firm booster shot timeline for J&J is still unknown.

"They're looking at full approval data for the J & J single dose before they then give authorization to a possible booster," said ABC News Chief Medical Editor, Dr. Jen Ashton.

At Ark Clinical Research in Long Beach, scientists are testing what happens when you boost the two-shot Pfizer vaccine with a J&J shot. Earlier research from the United Kingdom suggests mixing different types of vaccines may have a benefit.

"There is the possibility that if you're getting vaccines from two different mechanisms of action, you may get a more robust immune response," said Kim.

Researchers are looking for Pfizer recipients who received their vaccines starting in December or January. Enrollment in the Ark Clinical Research study will last a few more weeks. But while we discuss boosters, doctors remind us that getting a vaccine in the first place should be a priority.

As a frontline worker, Cross wishes more people would get their initial shots.

"It's something that more people need to get in order to lower our numbers and stop this from spreading as much as it has," she said.

WATCH: What do we know about booster shots for COVID-19?
EMBED More News Videos

Dr. Richard Besser, the former CDC acting director, explains what we need to know about booster shots for COVID-19.