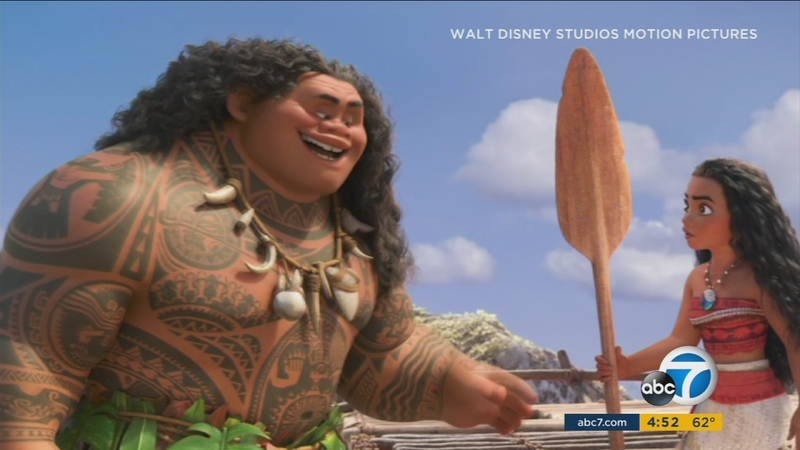 The film tells the story of a teenager who may one day lead her village if she can complete a dangerous ocean journey to save it.

The young Moana receives help along the way from the Polynesian demi-god named Maui, voiced by Dwayne Johnson.

"Not a lot has been on the big screen about Polynesian culture so I was really, really excited about this," Johnson said.

Auli'i Cravalho, who voiced the title role, was stunned to learn she received the part after being the last to audition and beating out hundreds of other young actresses.

"I still haven't fully wrapped my mind around but it's just an incredible blessing," Cravalho said.

And although Moana appears to have been modeled from the actress, the character was fully developed before she joined the project.

"They added little mannerisms here or there but, I mean, that's where fate just steps in and says, 'Make her like this because you're going to find someone who looks similar,'" Cravalho shared.

The animated musical showcased Cravalho's singing ability, to which Dwayne Johnson also demonstrated in his song "You're Welcome," written by "Hamilton's" Lin-Manuel Miranda.

"This is what happens when you spend all the time in the shower singing... I got really lucky that it sounds good in the studio," Johnson joked.